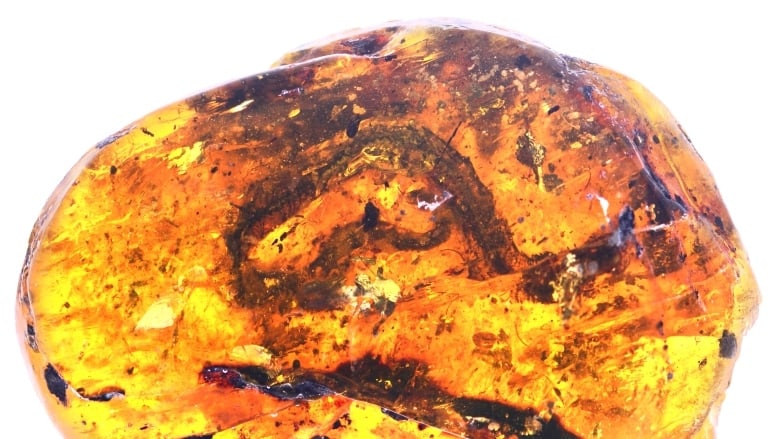 The snake lived 100 million years ago.

How Is Your Relationship With Your Pets During COVID-19 Pandemic?
Regurgitated Frog In Australia Released Back Into The Wild
Reptile Conservation Success Story: The American Alligator

Scientists with the University of Alberta in Canada have discovered a neonate snake encased in amber, providing insight and incredible detail into the life of reptiles around 100 million years ago.

"It's spectacular to have a baby snake in the fossil record because, of course, they'd be such tiny, delicate things," Michael Caldwell, a biology professor at the University of Alberta and co-author of a paper describing the find, told the CBC.

The fossils were discovered in 99-million-year old deposits of amber that also captured dinosaur feathers, baby birds and lizards, insects and plant matter.

The lead author of the paper, Lida Xing, was approached by an amber dealer who told Xing that he had some amber with crocodile skin encased in it. Upon close inspection, Xing determined that the skin was not that of a crocodile, but rather, skin from a snake, noting the distinct diamond shape of the scales. Caldwell and Xing, who first met at the University of Alberta, collaborated on the study of the snakeskin.

Xing then got a call from fossil hunters who told Xing that they had found a piece of amber with a centipede or millipede encased in it. Xing took a look at the find, and after confirming that it was indeed a snake, and not an insect, he bought the piece.

The researchers don’t know a whole lot about the snake, whether it was the result of a live birth or whether it hatched from an egg. Its given scientific name is Xiaophis myanmarensis, which in Burmese translates to  "dawn snake of Myanmar."

The research, which featured input from scientists from Canada, China, the U.S. and Australia, was funded by the National Science Fund of China, the U.S. National Geographic Society, the Fundamental Research Funds for the Central Universities of China, the Chinese Academy of Science, the Shanghai Synchrotron Radiation Facility, the Natural Sciences and Engineering Research Council of Canada, and the Australian Research Council, according to the CBC.

The complete research article, "A mid-Cretaceous embryonic-to-neonate snake in amber from Myanmar" can be found on the Sciences Advances website.