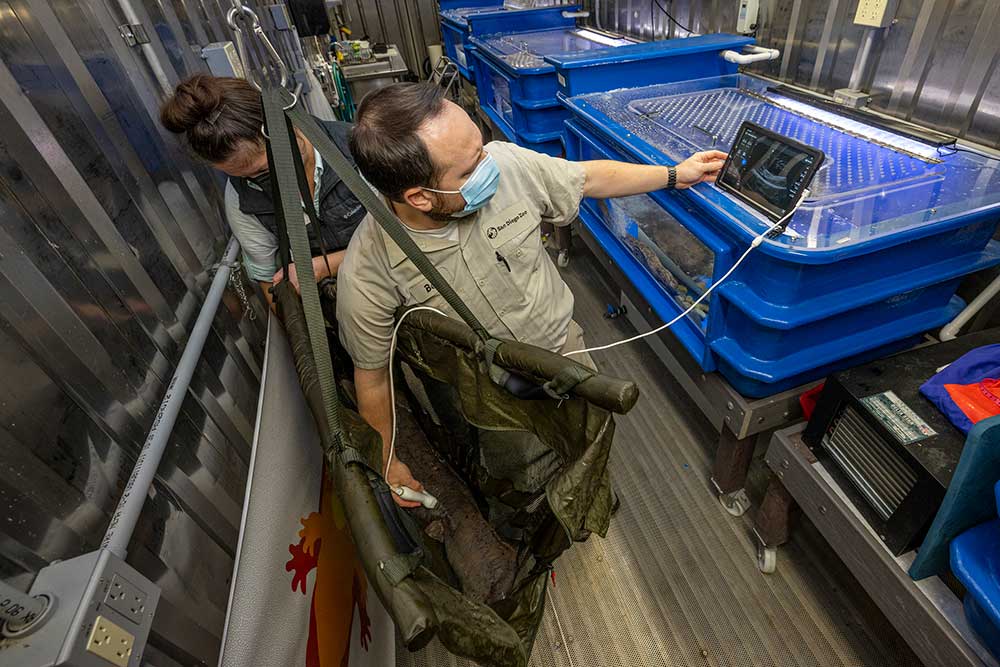 The zoo uses ultrasound to determine sex and health of the amphibians. Photo by San Diego Zoo.

The large amphibian has been a legally protected species in China since 1988.

The zoo has partnered with Ocean Park Hong Kong in an effort to breed the species and educate the public about conserving the habitat of the amphibian in its native China.

The Chinese giant salamander (Andrias davidianus), a critically endangered amphibian found in Asia, will be captive bred at the San Diego Zoo Wildlife Alliance. The zoo has partnered with Ocean Park Hong Kong in an effort to breed the species and educate the public about conserving the habitat of the amphibian in its native China. The first goal is to create a breeding group of the salamanders, and this involves conducting ultrasounds on three giant salamanders it currently has on loan to determine their sex and overall health.

“Using ultrasound will let us see inside the animals, and how their organs are functioning,” Kim Gray, curator of herpetology and ichthyology at the San Diego Zoo said in a press release via the zoo’s website. “Males and females look very, very similar, so ultrasound can help us determine the sex. Researchers throughout the zoo and conservation community are working together, and the techniques that we’re learning are going to help the community at large provide better care for these animals. These species are really unique in how they reproduce,” Gray said. “The males and females will breed and produce around 400 to 500 eggs, and the males stay with them. Other than that, there’s not a lot known. We want to learn as much as possible.” 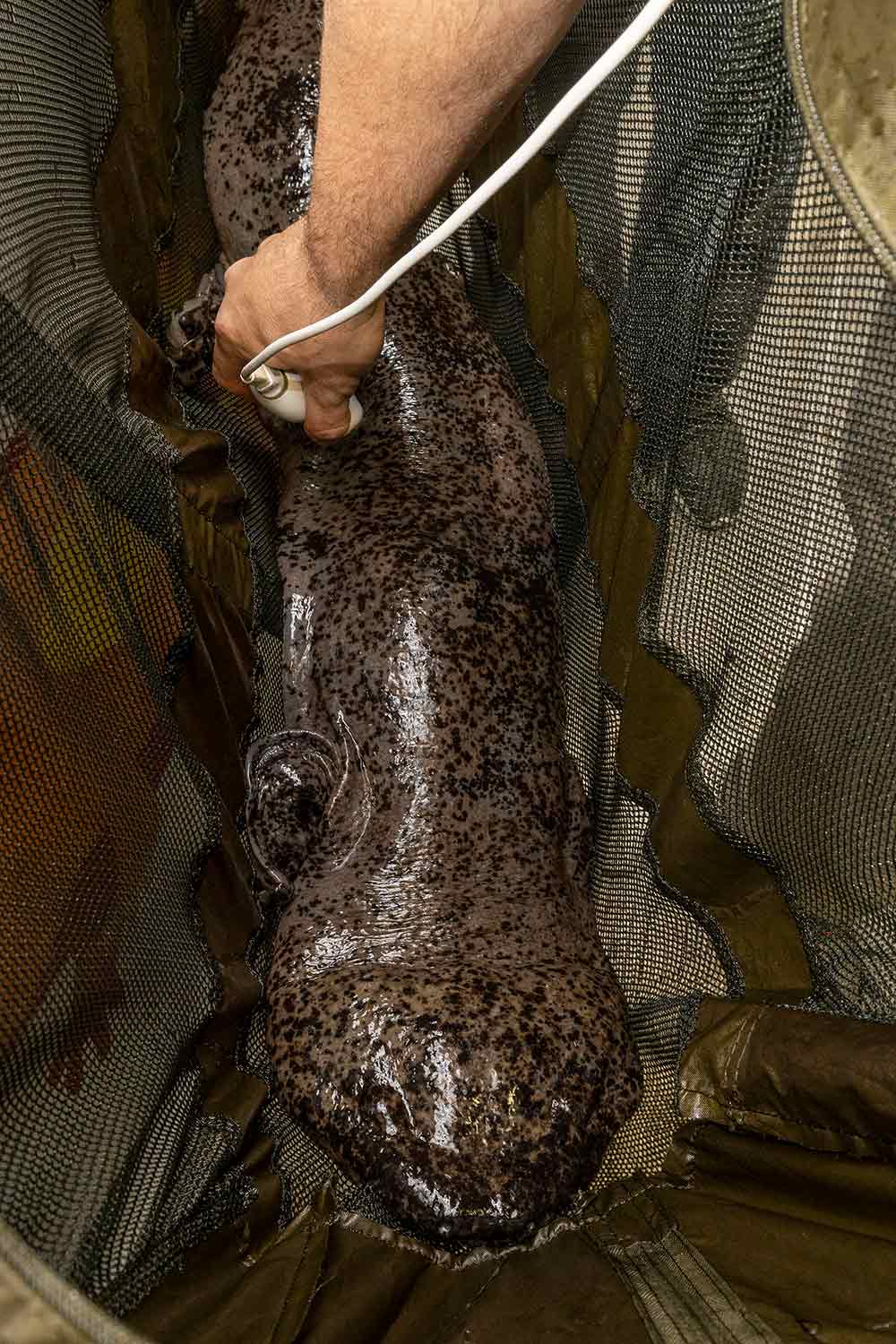 The Chinese giant salamander is the largest amphibian in the world, growing to 5 feet in length. Photo by San Diego Zoo.

Eventually, the zoo will release offspring back into habitats in China in which they are native. The amphibian has suffered population losses due to heavy poaching and harvesting for human consumption and habitat fragmentation.

An interesting aspect of the Chinese giant salamander is the fact that it secretes a mucus that is more effective at closing medical sutures than many medical glues, according to a study published in Advanced Functional Materials.

The large amphibian, which can grow to five feet, has been a legally protected species in China since 1988 and there are 22 nature reserves in the country devoted to the salamander. While wild populations have declined rapidly due to poaching and the degradation of its environment, they are captive bred for consumption, but the long time it takes for them to grow has encouraged the taking of them in the wild. Chinese giant salamander meat can fetch $100 a pound and you can’t tell the difference between a wild caught and farmed specimen.