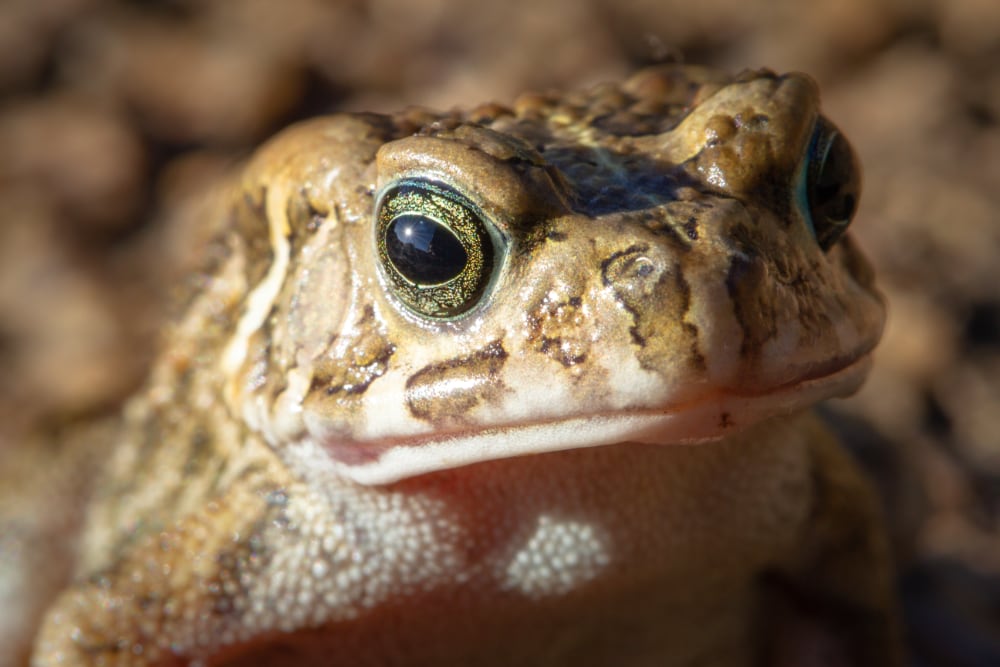 A study of the guttural toad (Sclerophrys gutturalis), an amphibian native to large swaths of the African continent, and introduced on the Mauritius a

A study of the guttural toad (Sclerophrys gutturalis), an amphibian native to large swaths of the African continent, and introduced on the Mauritius and Réunion islands in the Indian Ocean, has shown that the introduced species are smaller than those found in their native Africa.

What is also notable is the males on Mauritius Island shrank as well, but the males on Réunion Island did not. The hindlimb lengths of both sexes were also shortened when compared to the native toads in Africa, by as much as 3.4 to 9 percent.

Lead researcher Dr. James Baxter-Gilbert of Stellenbosch University, South Africa, told the New Scientist that his team’s findings don’t determine the reason why the toads have shrunk in their introduced ecosystems. There is speculation that the toads already had the capability to shrink, known as phenotypic plasticity, given the changes to their environment. There is also speculation that because the frogs breed year round on the islands, the females don’t have to bulk up and store more energy than those which live in their native Africa, and thus don’t have to grow as large.

“The next big step is to try to uncover if these island-specific reductions of body size and shape are arising from adaptation by natural selection or phenotypic plasticity, or an interplay between them,” Baxter-Gilbert said.
The researchers say in their report that if this shrinkage is due to natural selection, “it would suggest that the dramatic reshaping of an amphibian’s morphology—leading to insular dwarfism—can result in less than 100 years.”