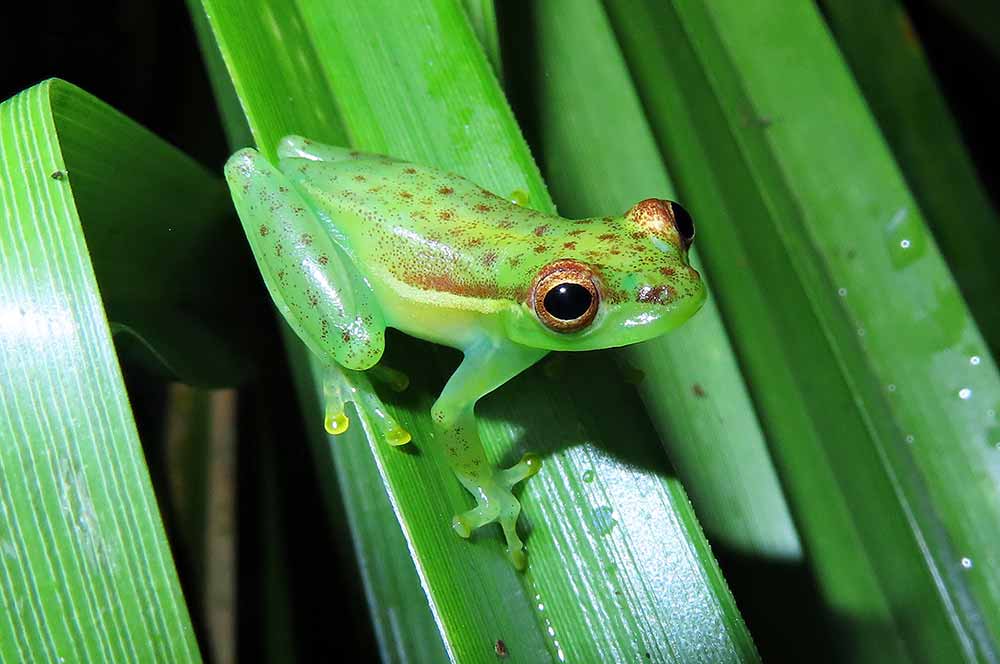 A naturalist in Costa Rica has discovered a new species of treefrog in a nature reserve that was once a cattle ranch.

The nature reserve was a former cattle ranch that is now getting back to its wild stages.

A naturalist in Costa Rica has discovered a new species of treefrog in a nature reserve that was once a cattle ranch.

Donald Valera Soto, co-owner of the Tapir Valley Nature Reserve, first heard the trill of the frog, named the Tapir Valley treefrog (Tlalocohyla celeste), in March 2018 as he worked around a 20-acre wetland pond. The unique sound of the frog stopped him in his tracks as he had not heard the trill before and was curious as to the species that was making the distinctive call.

Soto, his two daughters, Kira and Elli, herpetologist Juan Abarca and biologist Valera Aspinall spent the next several months walking and surveying the area when the frog was most active and spotted on of the well camouflaged frogs in grass around the pond.

“We as country boys, we know sounds,” Soto said in a press release announcing the finding of the amphibian. “I grew up in the countryside; I grew up in the forests walking around learning to identify species of trees, birds and frogs. I listened to this little frog and it was almost impossible to find it, it was so well camouflaged. ​​I was really happy when I found it because I had been trying to find the frog that was making that unusual call for six months after I first heard it.” 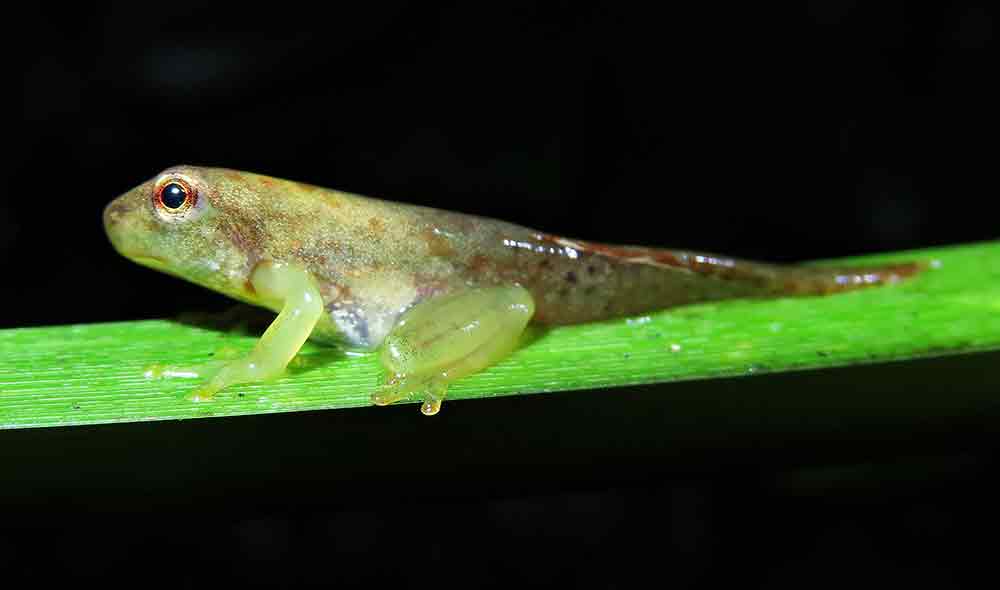 Soto is the lead author of the paper describing the new species. The frog is different from other similar frogs such as the canal zone treefrog (Boana rufitela) in that while Tlalocohyla celeste has a yellow line that runs halfway down the frog’s flank and then stops, the canal zone treefrog’s yellow line runs the entire length of the frog’s body. The frog also has blue armpits and red spots on its back. It is currently only known to exist in the 20-acre wetland pond on the reserve.

“First we needed to determine how morphologically, or physically, similar or different this species is to other more common species,” Abarca said in the same statement. “The adult morphology is very important, but one of the things that is very hard is to find the tadpoles. The tadpoles can help identify the genus.” 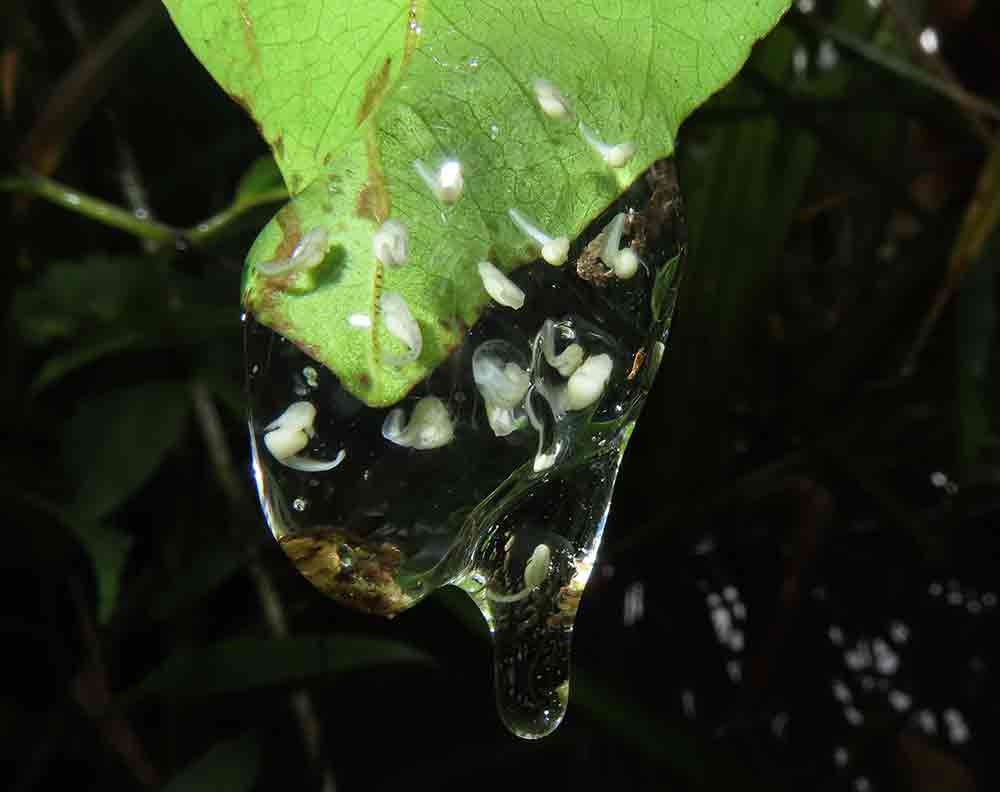 The team did find two frogs in amplexus and were able to determine the egg masses that belonged to the Tapir Valley treefrog among the 15 or so other frog species laying eggs in the same environment. They monitored the eggs which were laid on a leaf and were able to describe the morphology of the amphibian at the tadpole stage. They also performed DNA analysis that determined the frog was a new species.

“I love this frog, because it tells a larger story,” said Esteban Brenes Mora, Re:wild’s senior Mesoamerica associate. “When Donald started Tapir Valley Nature Reserve, it was to protect tapirs and help them move between forests. He didn’t know that there were completely new species to science living on the reserve, but if he hadn’t protected this place for tapirs we might not have ever discovered this little frog.”

With the cattle ranch now successfully converted to a nature reserve, the valley is now flush with native plant and tree species, and the forest is now home to peccaries, jaguars and Baird’s tapirs, as well as the newest frog to science, the Tapir Valley treefrog.

The complete paper, “A new species of brilliant green frog of the genus Tlalocohyla (Anura, Hylidae) hiding between two volcanoes of northern Costa Rica,” can be read on the Mapress website.