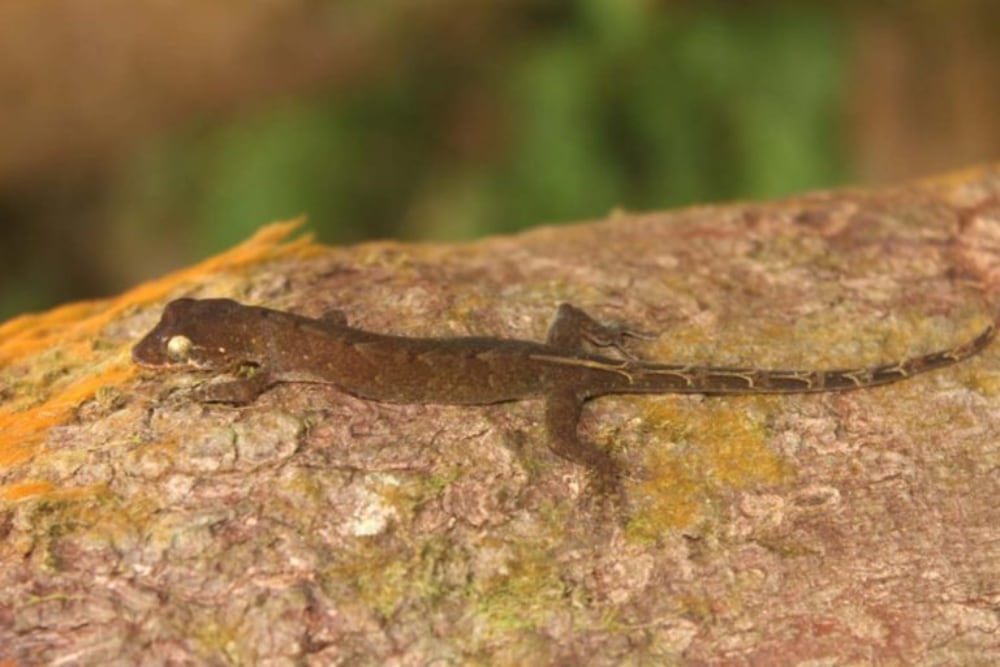 Researchers in the Philippines have discovered and described a new species of Philippine false gecko whose genus cannot be found anywhere else in the world. The little lizard, Pseudogekko hungkag hails from the Bicol region of the Philippines, which is located on the southeastern tip of the main island of Luzon.

According to the researchers, five of the Pseudogekko hungkag specimens were found in an unprotected but undisturbed forest on Mount Jormahan in Bicol’s Sorsogon province. The sixth specimen was found in Bicol’s Camarines Sur, province.

The gecko sports inverted y shape markings down the length of its tail along with yellow eyes that are tinged with a golden coloration. It measures approximately 42–52 mm (1.7–2.0 in) snout to vent length. The natural range of the gecko may be more widespread, the researchers told Mongabay, but it is unclear just how widespread it may be, due to herpetological inventory work restrictions within the boundary of Mount Bulusan, a protected area that is also an active volcano.

Pseudogekko is a genus of 10 known species of false geckos, all of which are found only in the Philippines. The 10 species include:

An abstract of the research paper can be read on the Herpetologica website.