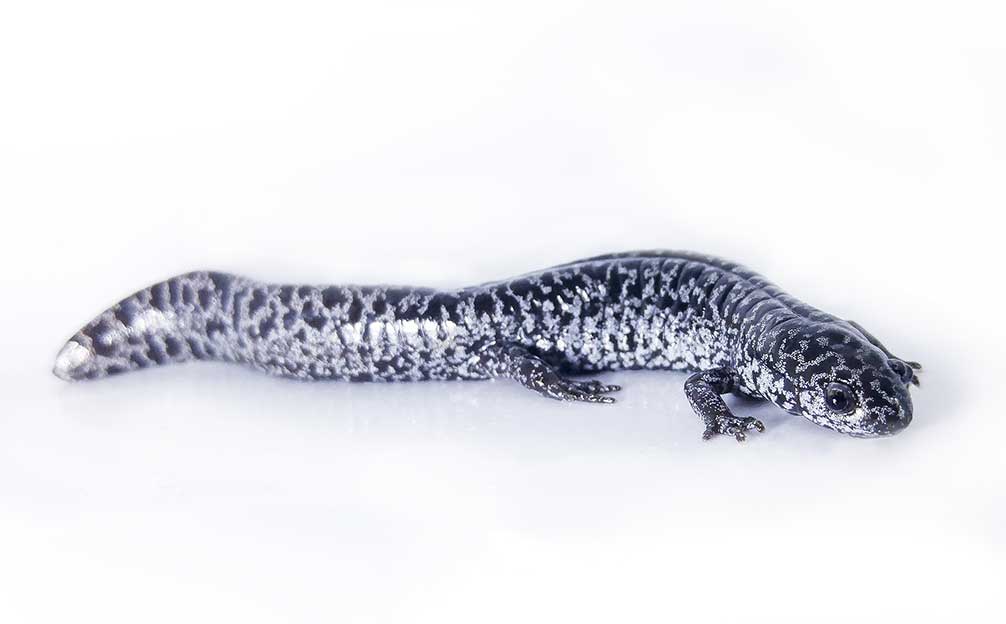 The species, listed as threatened under the Endangered Species Act in 1999 has declined by 90 percent since 2000.

This marks the first time the species has been bred in captivity.

The Amphibian Foundation, in conjunction with the Georgia Department of Natural Resources and U.S. Fish and Wildlife Service, those partners included the U.S. Geological Survey, Florida Fish and Wildlife Conservation Commission, the U.S. Army’s Fort Stewart, the University of Georgia’s Savannah River Ecology Laboratory, and the Orianne Society, has successfully captive-bred the frosted flatwords salamander (Ambystoma cingulatum). This marks the first time the species has been bred in captivity.

The species, listed as threatened under the Endangered Species Act in 1999 has declined by 90 percent since 2000 and is only known to occur in three locations in Florida and Georgia.

“We at the Amphibian Foundation appreciate and value everyone’s contributions and are excited to collaborate with additional partners as we move forward in helping the extraordinary frosted flatwoods salamander thrive in the wild,” Mark Mandica, Amphibian Foundation executive director said in a statement released on the foundation’s website. “This conservaton accomplishment is a thrilling moment of scientific achievement for our team, partners, and these special salamanders,” Mandica said.

The U.S. Fish and Wildlife Service in 2014 asked Mandica to head up a captive assurance program for the species and in 2017, the foundation established the first frosted flatwords salamander breeding groups. In December 2021, those breeding groups produced 24 eggs in the lab, and since then, 70 eggs have been laid, with many Mandica considers viable.

The amphibian has disappeared largely due to the loss of the southeastern longleaf pine ecosystem in which it lives. Those ecosystems have shrunk to 3 percent of their original range. Other factors include irregular weather patterns. The species were originally found South Carolina, Georgia, and Florida, but hasn’t been seen in South Carolina in more than 12 years.