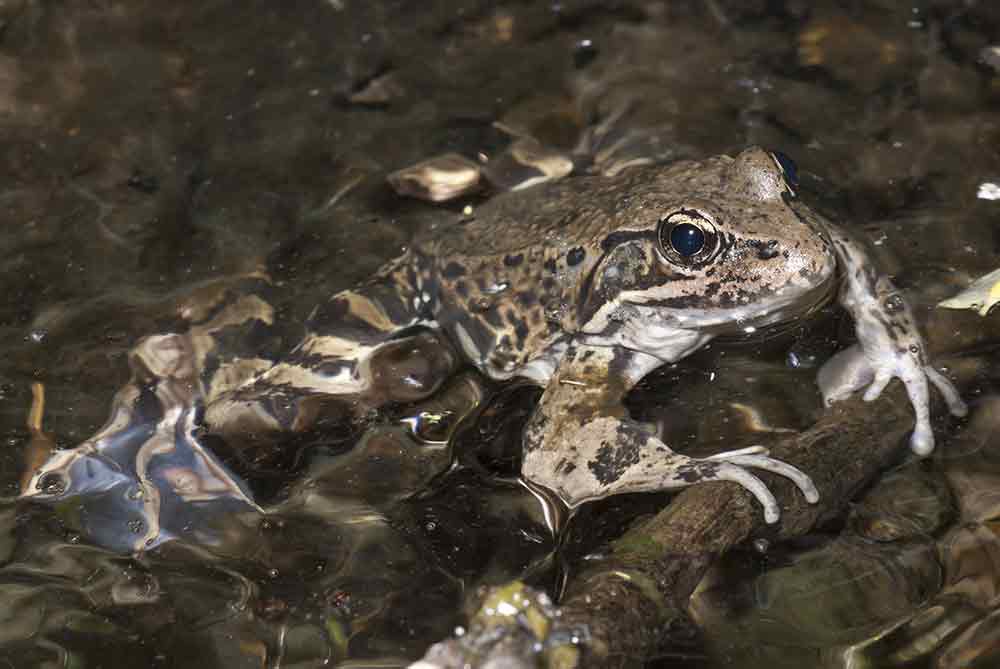 In addition to the red-legged frogs, the researchers also found that the Western toad (Anaxyrus boreas) had the highest Bd load of all the amphibian species in the study.

“Contrary to what we had expected, what’s going on in Baja California is very different than what’s going on with chytrid fungus in Southern California, where the species are pretty much the same, and the environment is very similar,” Andrea Adams, an assistant researcher in the Earth Research Institute at UC Santa Barbara and lead author of the study, told UC Santa Barbara’s The Current. “In Baja California, we found that 99% of the California red-legged frogs at the highest-elevation site were infected.”

The three areas in which the researchers surveyed the amphibians included a perennial stream in a hot springs location that is a popular recreational area. This was the lowest elevation area that is 12 miles south of Ensenada. The second location was at an elevation of 2,000 feet in the foothills of the Sierra San Pedro Mártir mountain range. The third location was a mountain meadow located at 6,700 feet in the Sierra de San Pedro Mártir National Park. About two to three days were spent collecting saws at each location.

In addition to the red-legged frogs, the researchers also found that the Western toad (Anaxyrus boreas) had the highest Bd load of all the amphibian species in the study, at 139,188 zoospore equivalents (ZE), which the researchers say is “more than 10 times the pathogen burden at which chytridiomycosis is lethal in some species.”

The complete paper “High fungal pathogen loads and prevalence in Baja California amphibian communities: The importance of species, elevation, and historical context” can be read on the Science Direct website.

The California red-legged frog was made famous by Mark Twain’s short story, “The Celebrated Jumping Frog of Calaveras County.” Listed as threatened in 1996, Rana draytonii is the largest native frog in the Western United States. It grows from 1.5 to 5 inches in length and sports an olive or brown back and reddish legs and belly. In Northern California, the frog lives alongside the San Francisco garter snake, which feeds on the amphibian