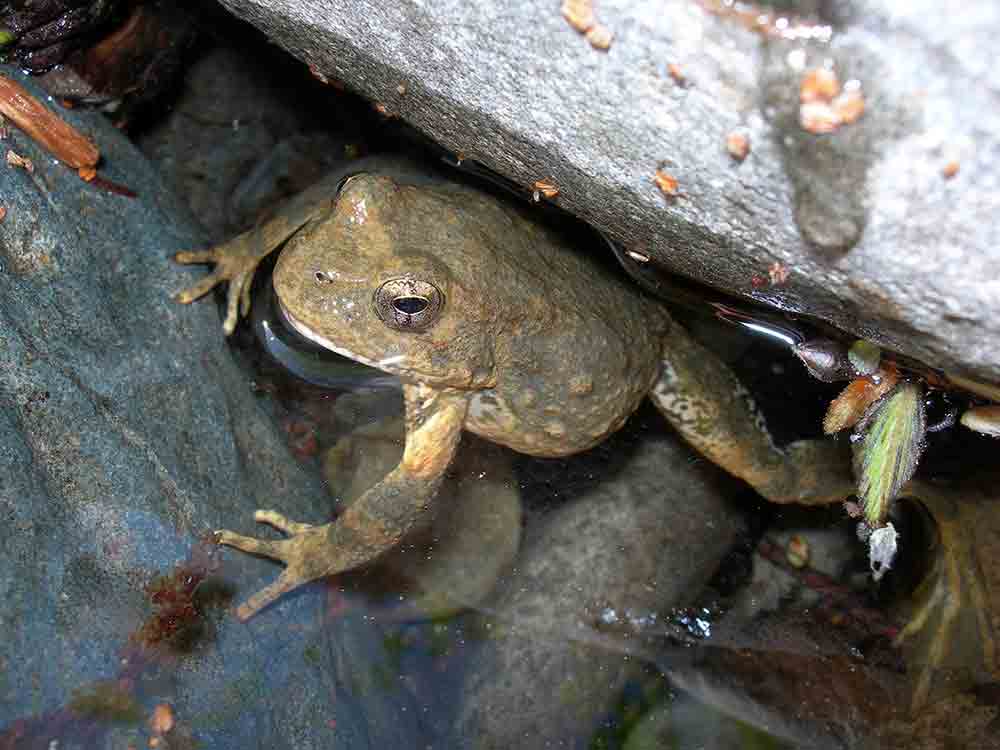 The frog has disappeared in more than 50 percent of its native habitat in the state.

The foothill yellow-legged frog is known for the yellow coloration under their legs.

The U.S. Fish and Wildlife Service has proposed that four populations of the foothill yellow-legged frog be protected by the Endangered Species Act. The populations that the service wants to protect include those in the Sierra Nevadas, Central and Southern California.

The frog has disappeared in more than 50 percent of its native habitat in the state, according to a press release by the Center for Biological Diversity, which announced the USFWS proposal.

The USFWS listing, if approved, would protect yellow-legged frog populations in the Southern Sierra Nevada and Southern California coast as endangered. The center says the North River and Central California Coast populations would be listed as threatened. A yellow-legged frog population in the Northern Sierra Nevada was not proposed for federal protections. It has been listed as a state threatened species in 2019.

“At last these little lemon-legged frogs, who are such an integral part of our natural stream ecosystems, have gotten the protection they need to survive,” Jeff Miller, a senior conservation advocate at the Center said in the press release. “Protecting these precious creatures will also help safeguard the coastal and Sierra foothill rivers and creeks we all rely on for clean drinking water and recreation.”

The proposed rule would prohibit the taking or harming of the amphibians via collecting, habitat destruction, harmful water diversion of stream channel modifications, livestock grazing that harms riparian habitat, introduction of invasive bullfrogs or fish into the yellow-legged frog habitat and any pesticide use that violates the label restrictions.

The foothill yellow-legged frog is a small frog that averages about 1.5 to 3 inches in length. It is known for the yellow coloration under their legs. They can be found in streams that flow year round and feed through the summer and fall months.