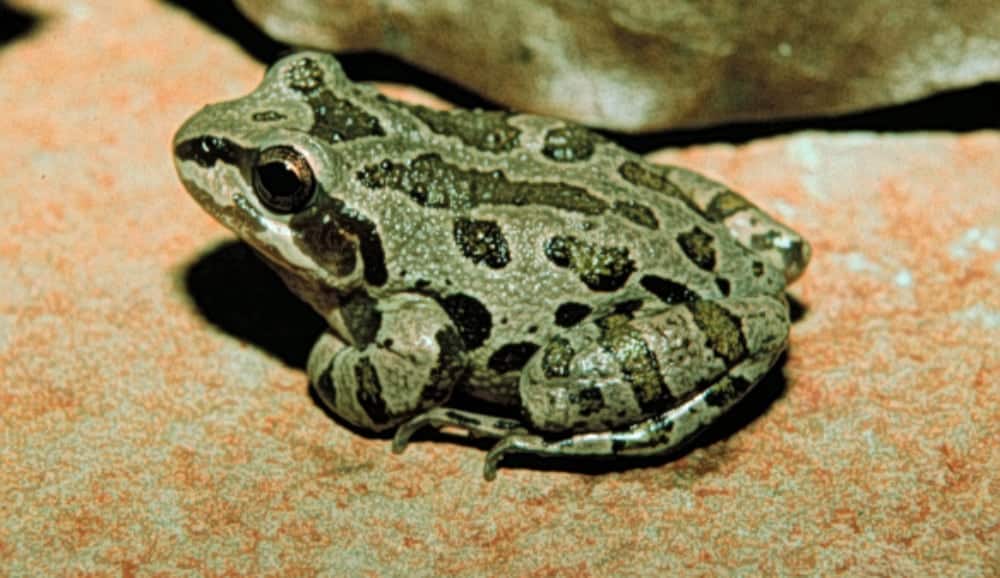 The habitat of the Illinois chorus frog (Pseudacris illinoensis) in the state is threatened by a proposed 30,000-acre wind farm project in Mason Count

The habitat of the Illinois chorus frog (Pseudacris illinoensis) in the state is threatened by a proposed 30,000-acre wind farm project in Mason County, Illinois, that scientists say could change the way the frogs sense and capture their prey buried deep in the sand.

The Glacier Sands Wind Project was approved by the Illinois Department of Natural Resources, and in February 2020, a conservation plan for the project was published, which apparently addressed the impacts on the chorus frog that this project could have on the species.

“The issue is, while the frogs breed in these ponds in the spring, they disperse into the sand prairie for the remainder of the year,” Jacob Forbes, a biology graduate student at Southern Illinois University Edwardsville told Earth Island Journal. Because “the proposed wind turbines were placed directly on top of soil layers classified as ‘sand’ by the [United States Geological Survey], it is safe to assume that Illinois chorus frogs may be found extremely close to these wind turbines if they are built.”

The plan concluded that the wind farm would not reduce the likelihood for survival of the frog in which the wind farm would be constructed, and would impact 8.72 acres of chorus frog habitat, according to the state’s Authorization for Incidental Take and Implementing Agreement dated October 6, 2020. As a result of the agreement, Glacier Sands must also conduct post frog call surveys within 0.3 miles from the construction as well as provide “$194,619 in total mitigation costs for potential impacts to the Illinois Chorus Frog.”

Richard Essner, a herpetologist at Southern Illinois University Edwardsville says that vibrations from the wind turbines could have a negative effect on the frog’s feeding habits, which almost exclusively occur under the sand. Essner has applied for a grant from the Illinois DNR to determine if vibrations affect the chorus frog’s capability to detect and eat their prey.

Essner says the population of chorus frogs in southern Illinois has remained steady during the last few decades, Essner told the Earth Island Journal.
“In the 90s, I think the population was estimated around 400 adults,” he says. “I think that number seems to be reasonable to me in terms of the population today, but we don’t know for sure.”

About the Illinois Chorus Frog

The Illinois chorus frog grows to about 1.5 inches in length and is found in sandy wetland areas along the Mississippi River and the Illinois River. It is found Ibn Arkansas, Missouri and Illinois and burrows in the sand where it lives and eats. It is considered a threatened species in the state of Illinois. Breeding occurs in pools of water. All other life activity occurs buried under the sand. In fact, a 2016 report on the species says about 85 percent of the amphibian’s life is spent underground.