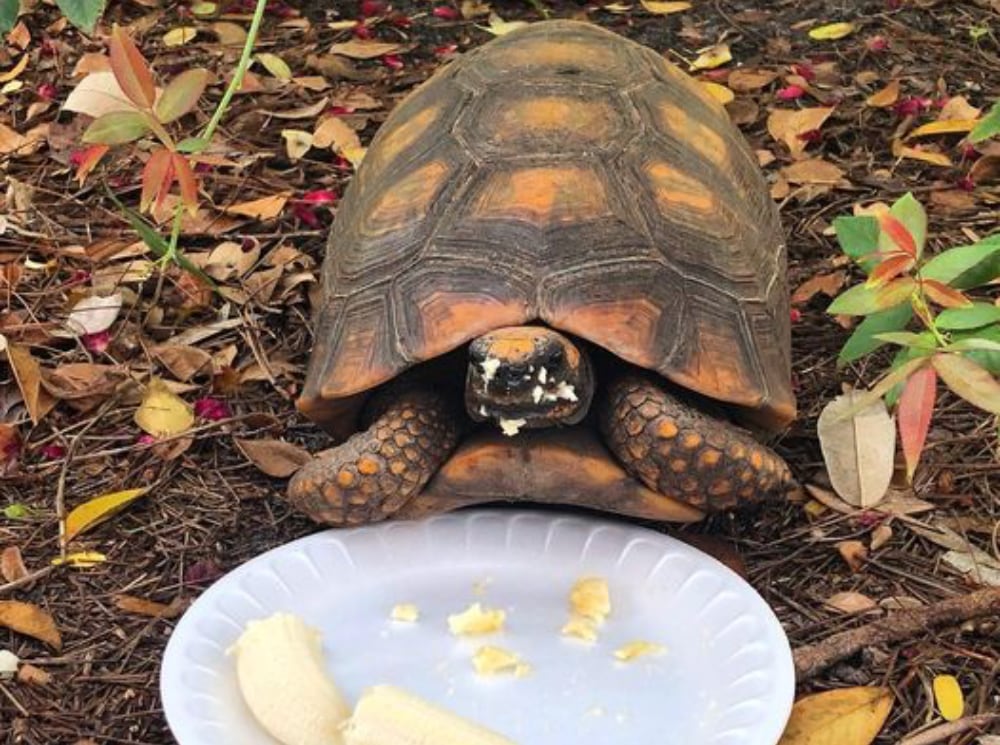 Someone stole Calypso, a yellow-footed tortoise (Geochelone denticulata) from the Riverland Nursery in Fort Myers, Florida, and the folks at the nurse

Someone stole Calypso, a yellow-footed tortoise (Geochelone denticulata) from the Riverland Nursery in Fort Myers, Florida, and the folks at the nursery would like her back. The tortoise has been at Riverland for many years and even has her own habitat.

“We believe she was taken out of her home and stolen,” the nursery wrote on Facebook. “We have a hunch about who the people were who took her. We’ve contacted the LCSO and have video footage. But in the mean time, we’d like to let you all know just in the off chance you hear or see anything. If the person(s) who stole her return her, we won’t ask questions and won’t press charges. We would just like her returned to her home where she belongs.”

The nursery is in southwest Florida and is six acres of demonstration gardens, including native plants, palms, bamboo and edibles, and Calypso was a fixture at the nursery.

The yellow-footed tortoise is native to much of South America, including southern Colombia, Ecuador, Peru, Venezuela, Guyana, French Guiana, Brazil and Bolivia. It is the largest tortoise found in South America and average around 14 inches in carapace length. They thrive in outdoor environments and can live well over 50 years in captivity.