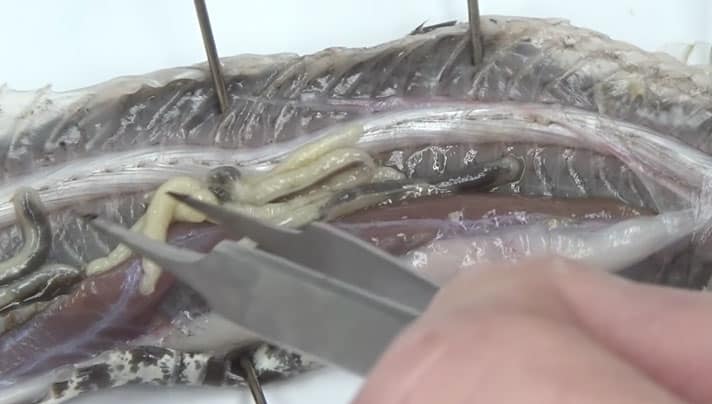 Parasites that are commonly found in Burmese pythons have found their way into native snakes in Florida and are killing them, according to a study published in the journal Herpetological Review. 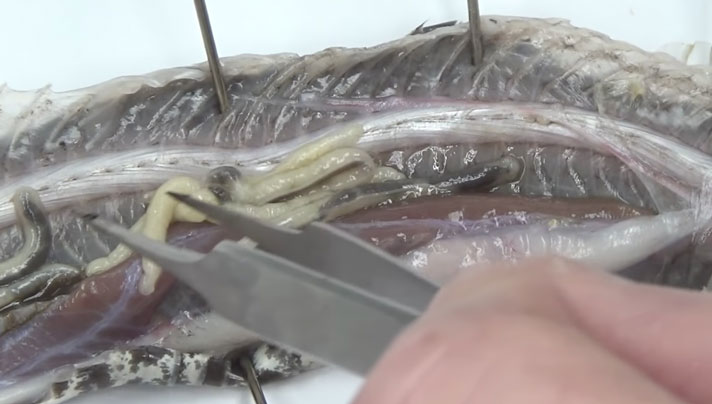 Stetson University researcher Terence Farrell and Stockton University researcher Craig Lind first found the parasites, called pentastome parasites in a dead pygmy rattlesnake that they had been studying. The parasites (Raillietiella orientalis), according to Florida Today, were crawling out of the dead snake’s mouth. The worms were found in Central Florida, which is further north, about 100 miles, from where the Burmese python has become established. The researchers believe that the parasites are hitching rides in reptiles and other prey that Florida snakes eat. This they say, could increase the spread of these Asian parasites to other locations throughout the United States.

“The research tells us that there’s a whole new concern about invasive species and the diseases and parasites that they bring with them,” Farrell told Florida Today. “This parasite isn’t just a Florida problem. We have no idea how much of the U.S. this parasite will spread and move into, which may cause it to become a nationwide problem in a few years.”

The researchers dissected three pygmy rattlesnakes and found the parasites in the lungs and trachea of all three snakes. One parasite, the researchers say, was as wide as the host snake’s trachea, which may have blocked the reptile’s airway.

The complete paper, “Spillover of Pentastome Parasites from Invasive Burmese Pythons (Python bivittatus) to Pygmy Rattlesnakes (Sistrurus miliarius), Extending Parasite Range in Florida, USA” can be read in its entirely on the ResearchGate Website.