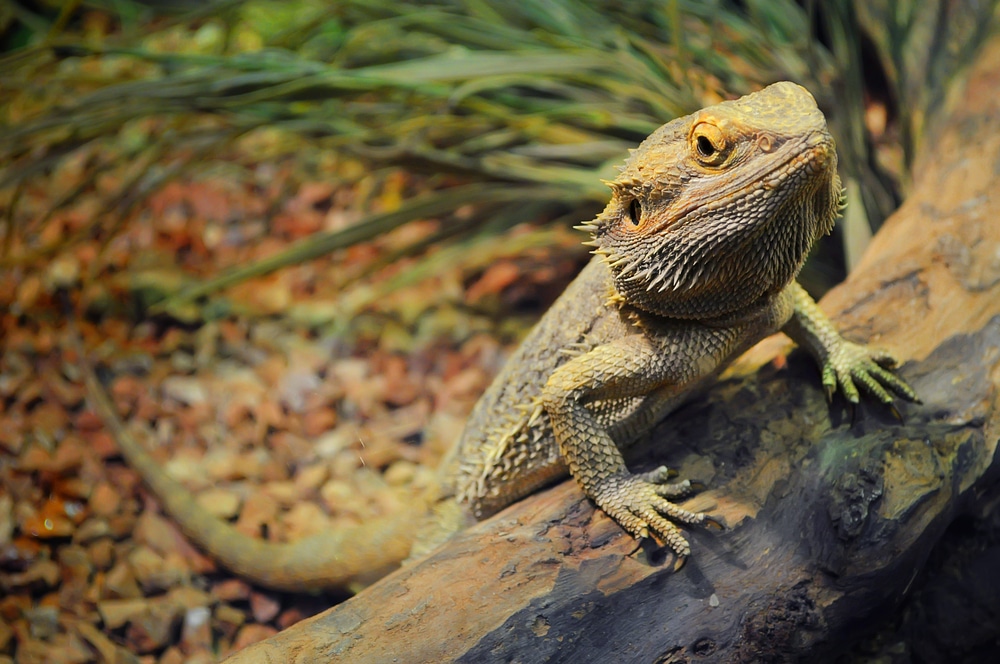 The bearded dragon (Pogona vitticeps) is the most popular herp kept by reptile keepers, according to a study based off Google Trends research publishe

The bearded dragon (Pogona vitticeps) is the most popular herp kept by reptile keepers, according to a study based off Google Trends research published this month by the German Centre for Integrative Biodiversity Research.

Researcher Jose Valdez looked at the reptiles people searched up using Google and compared the Google Trends results with an online survey of 91` participants. Valdez collected data from 2004 to 2020 using Google Trends to assess worldwide popularity of reptiles amongst reptile keepers. He compared that data to the online survey sent to those in the reptile trade. He also looked at the most popular pet reptiles from the last five years and compared them globally. From that data, he determined that bearded dragons, ball pythons (Python regius) and leopard geckos (Eublepharis macularius) were the most popular reptiles amongst keepers.

Valdez also noted in the survey that green iguanas (Iguana iguana), Burmese pythons (Python bivittatus), chameleons and red-eared sliders (Trachemys scripta elegans) have decreased in popularity, as have wild-caught species or those restricted due to laws and regulations. Current as well as future popular species are captive bred, docile in nature, medium sized and easier to handle.

The proportion of respondents from an online survey indicating the top 3–5 reptiles they consider the most popular (Current), have lost much of their popularity in the previous decade (Previous), and will be much more popular in the upcoming decade (Future). Data by Jose Valdez, German Centre for Integrative Biodiversity Research.

Valdez’s study also broke down popularity popularity amongst countries. Bearded dragons were the most popular in Australia, Western Europe, the U.S., and Canada. Leopard gecko was the reptile of choice in Italy and Turkey, and ball pythons were popular amongst keepers in Mexico, Indonesia, and India. Morphs of these species were also determined to be highly popular.

Popular Reptiles In The Future

In the next 10 years, Valdez’s data shows blue-tongued skinks (Tiliqua scincoides), tegus (Tupinambis sp.), uromastyx (Uromastyx sp.), crested geckos (Correlophus ciliatus), and ball pythons to be the most popular reptiles kept as pets, and over the last 20 years, ball pythons and crested geckos have increased in popularity amongst all reptiles kept.

“Trends within the reptile pet trade have also drastically shifted in recent decades, with an increase in domestic demand, a decrease in foreign supply, and overall less reliance on imported and wild-caught reptiles,” Valdez wrote in the study. “These trends can mostly be attributed to an increase in captive-breeding along with restrictive CITES regulations, which have helped to reduce the impact on many wild populations and lowered the proportion of CITES species within the trade. This is highlighted by the U.S., which is both the largest importer and exporter of reptiles in the world and exemplifies the quick growth and success in captive-breeding, with over 10,000 hobbyists actively breeding reptiles. This has transformed the reptile pet industry from a small hobby to a viable profession worth over a billion dollars annually. One study found that while the U.S. imported 900,000 live reptiles in 2009, it had exported more than 11 million. The captive-breeding industry in the U.S. has been so successful that it is now the major exporter of species that are not even native to North America.”

Valdez noted that although there are thousands of species kept amongst reptile keepers, by far the most popular species are those that are captive-bred and inexpensive.

“These species are typically captive-bred, inexpensive, charismatic, simple to set up, and include species appealing to consumers, such as bearded dragons, leopard geckos, ball pythons, corn snakes, and crested geckos. Collector demand has consequently shifted from rare, wild-caught species towards increasingly rare and expensive color and pattern variations, called morphs, of popular and easy-to-breed species,” Valdez wrote in his study.

The complete study, “Using Google Trends to Determine Current, Past, and Future Trends in the Reptile Pet Trade” can be read on the MDPI website.