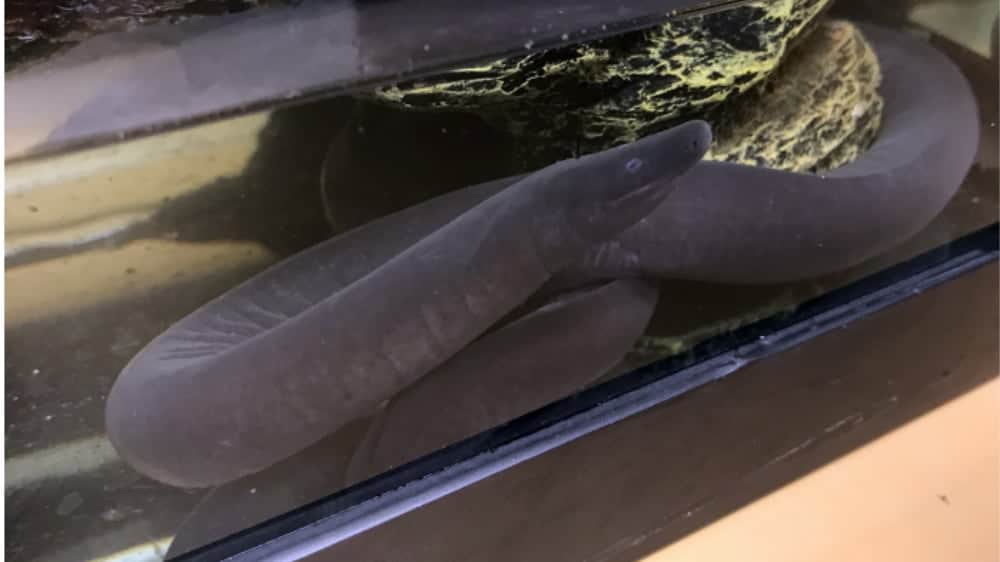 The name is certainly peculiar, but the so-called penis snake is actually a caecilian and it was recorded living in Florida’s Miami-Date County in Oct

The name is certainly peculiar, but the so-called penis snake is actually a caecilian and it was recorded living in Florida’s Miami-Date County in October 2019. The single, live amphibian was captured during a routine electroshock survey of a waterway, living in water about 1 meter deep. The caecilian was reported in good health when it was captured but later died after attempts to feed it failed.

Subsequent electroshock surveys in the same canal in November as well as surveys in the eastern half of the Tamiami Canal found no other evidence of the caecilian.

Identified as Typhlonectes natans via genetic analysis, the caecilian represents the first record of the species of the order Gymnophiona anywhere in the United States. The specimen currently resides in the Herpetology Collection at the Florida Museum of Natural History. In their paper, the researchers say Typhlonectes natans is bred in captivity and is readily available in the pet trade.

Caecilians are amphibians with a snake-like body that often look like earthworms are interesting animals. Cryptic yet interesting at the same time. Some secrete poisons. One species, Dermophis donaldtrumpi at just 10cm (3.93 inches) in length, is named after former U.S. president Donald Trump. It was named after Trump to raise awareness about environmental issues as Trump often tweeted that climate change was a hoax. Typhlonectes natans however, is described by some as resembling the reproductive organ of the human male.

The paper, First record of a caecilian (order Gymnophiona, Typhlonectes natans) in Florida and in the United States, can be read on the Reptiles And Amphibians website.