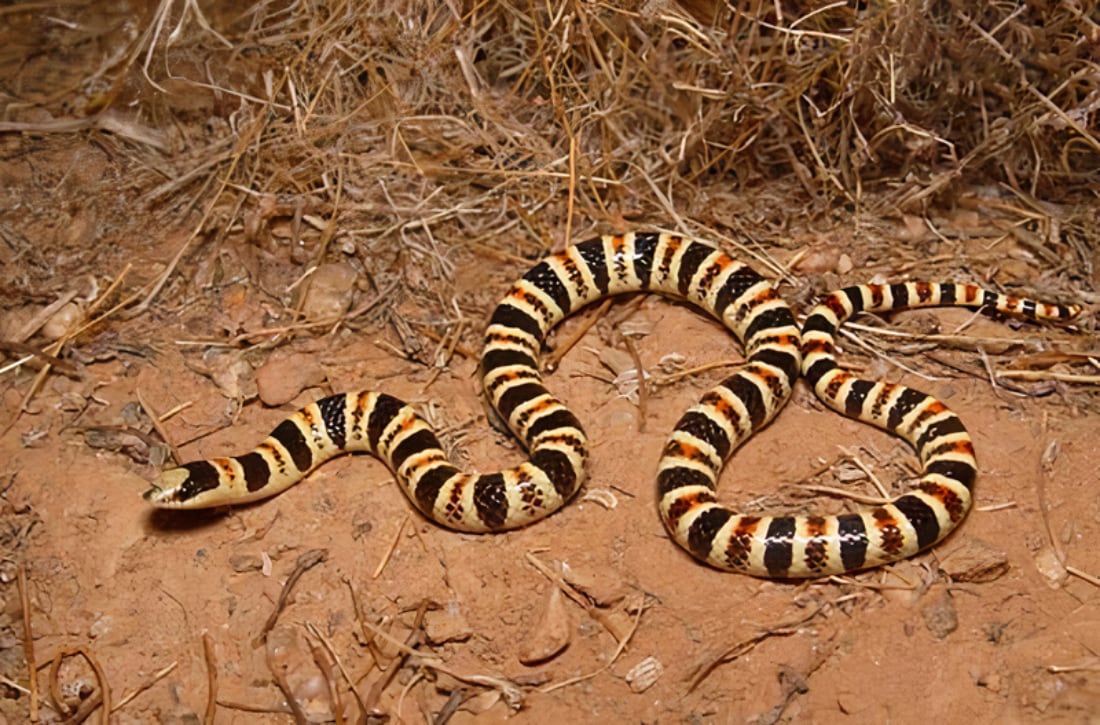 The Tucson shovel-nosed snake has a limited range in Arizona. It feeds on scorpions. Photo by USGS.

The snake’s range is limited to areas in Pima, Pinal and Maricopa counties in Arizona

From the family Colubridae, the snake has a shovel-shaped snout and an inset lower jaw.

The U.S. Fish and Wildlife Service has denied protecting the Tucson shovel-nosed snake (Chionactis occipitalis klauberi) under the Endangered Species Act and the Center of Biological Diversity has filed an intent to sue the USFWS to protect the reptile.

“The lovely Tucson shovel-nosed snake needs protection from massive urban sprawl from Phoenix and Tucson,” said Noah Greenwald, endangered species director at the Center said in a press release. “Protecting this snake will mean protecting more of the natural desert we all love.”

“The U.S. Fish and Wildlife Service is badly in need of reform, but so far we haven’t seen any effort to do so by the Biden administration,” said Greenwald. “It’s not just this little snake that has been wrongly denied protection. Over the years the agency has refused to list dozens of species protections despite clear imperilment, including wolverines and pygmy owls. Even when the agency does protect species, it often takes far too long, sometimes more than a decade.”

The snake’s range is limited to areas in Pima, Pinal and Maricopa counties in Arizona, which is also known as the “Sun Corridor megapolitan” due primary to the rapid pace of development. The Center says that the reptile only can be found on flat, valley bottoms, which is the same area that is considered prime development space. It has black and red stripes and grows to about 10 to 17 inches in length. From the family Colubridae, the snake has a shovel-shaped snout and an inset lower jaw, according to the USFWS. It is found in dry desert habitats such as sandy dunes, desert washes and valleys as well as bajadas, or fan-shaped deposits that are created by stream sediment on flat land at the base of a mountain.