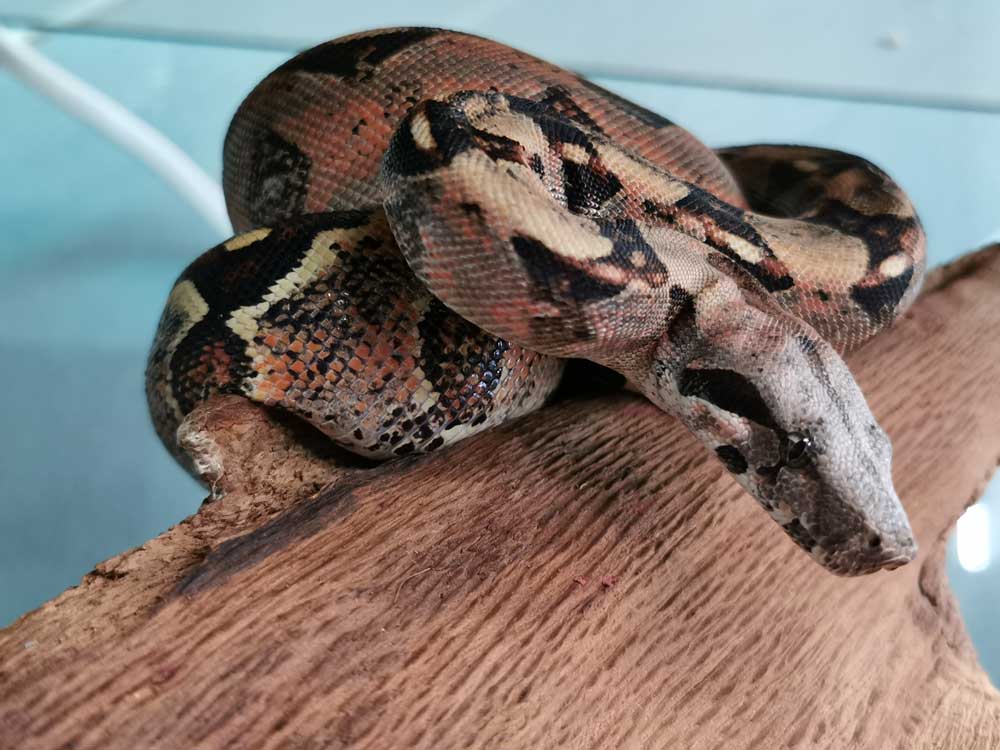 Woman Reunited With Her Boa Constrictor After Three Year Ordeal

A woman who in 2019 entrusted her collection of snakes to a couple while she dealt with family issues has been reunited with one of them after a three year ordeal that included the pleading guilty of animal abuse from one of the people who were supposed to care for them.

Snek, a boa constrictor, a female boa named Bog Momma, a juvenile Argentine boa constrictor named Luci, and a male Argentine boa named Jigsaw, were sent by keeper Kali Williams to be cared for by Michael Turland and Brooklyn Beck of Antrim County, MI. Williams believed that the couple would take good care of her animals, but when they stopped communicating with Williams when she was ready to get her snakes back, Williams eventually was apprised that there was a freezer full of dead animals in Turland’s former residence in Golden Valley, AZ and called 911 to report the allegations, according to Mlive.com.

The 911 call led to an investigation and eventually to the execution of a search warrant at the residence of Beck in Central Lake, MI. Authorities seized about 200 animals from the home and found several dead snakes in the freezer, according to Mlive.com.

Big Momma was found in the freezer, but Snek was found alive, in poor health. Williams said Snek was about 25 lbs when she left them with Beck and Turland. When she got him back, he was about 8 lbs and covered in scars.

Beck has since pleaded guilty to two counts of first degree killing and torturing animals, according to Mlive. Turland has been charged in Arizona with 94 counts of felony animal cruelty. The Arizona welfare check resulted in the discovery of 183 dead animals in a freezer.

Williams returned to Arizona with 14 snakes, eight dogs and a cat. The dogs and the cat have been adopted. She will care for the 14 snakes until homes are found for them. She has started a GoFundMe to help pay for the costs of adopting and transporting the animals from Michigan to Arizona. The Antrim County Animal Control is still looking for homes for two sulcata tortoises, a bearded dragon, a chameleon and several turtles. If you wish to contribute to the GoFundMe, you can do so at the link.