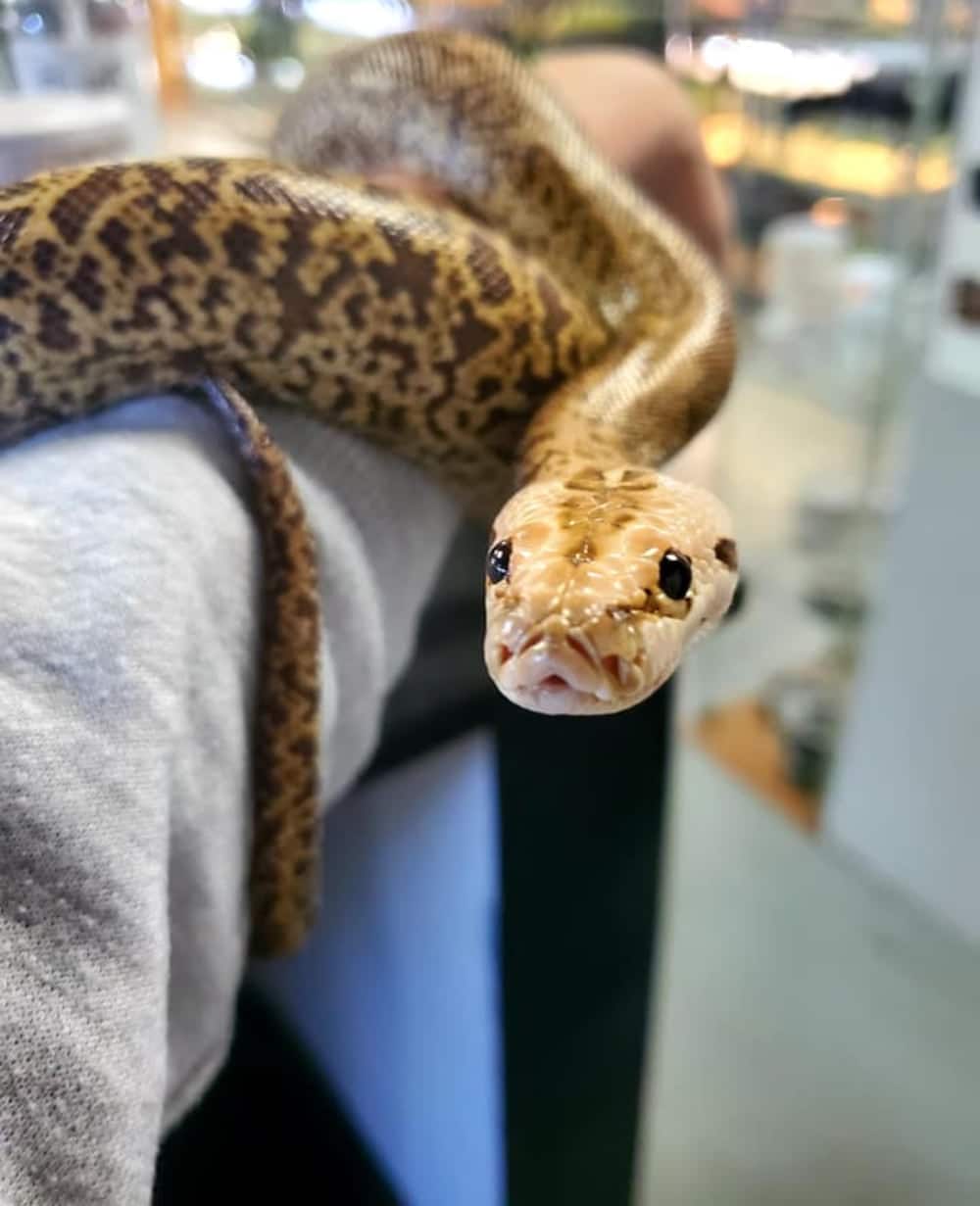 A granite Burmese python (Python bivittatus) stolen last June from an Arizona reptile shop has been returned to the shop, thanks to some tireless dete

A granite Burmese python (Python bivittatus) stolen last June from an Arizona reptile shop has been returned to the shop, thanks to some tireless detective work by the Glendale Police Department.

The thief was caught on video and quickly identified and charged with felonies, but the snake was never recovered. Until now. The detectives were working a new lead on the case when they discovered the snake had been passed on or sold to two other people before the police were able to take possession of the reptile. The man who was in possession of the reptile was apparently cooperative with police and was not considered a suspect in the investigation.

“Huge thank you to Glendale Police Department Sergeant R. Livingston and Officer D. Goitia and Mayor Jerry Weiers – Glendale, AZ for their amazing work on the stolen Burmese case! He is finally home!” The shop wrote on its Facebook page. “They were so helpful and polite, and enjoyed their visit here in the shop. Also a big thank you to one awesome WVR customer who helped return him to us. The Burmese will be staying with us now, he’s had quite the journey!”

Staff at the reptile store positively identified the snake as the stolen reptile based on a pattern on the reptile’s head.

The Burmese python can grow to more than 20 feet in the wild and weigh more than 200 pounds. Their native range is in Southeast Asia, including Thailand, Vietnam, Indonesia, and Myanmar. Of the large constricting snakes, the Burmese python is considered to have the most mellow temperament. They are captive bred in the United States and are favorites of expert reptile keepers.