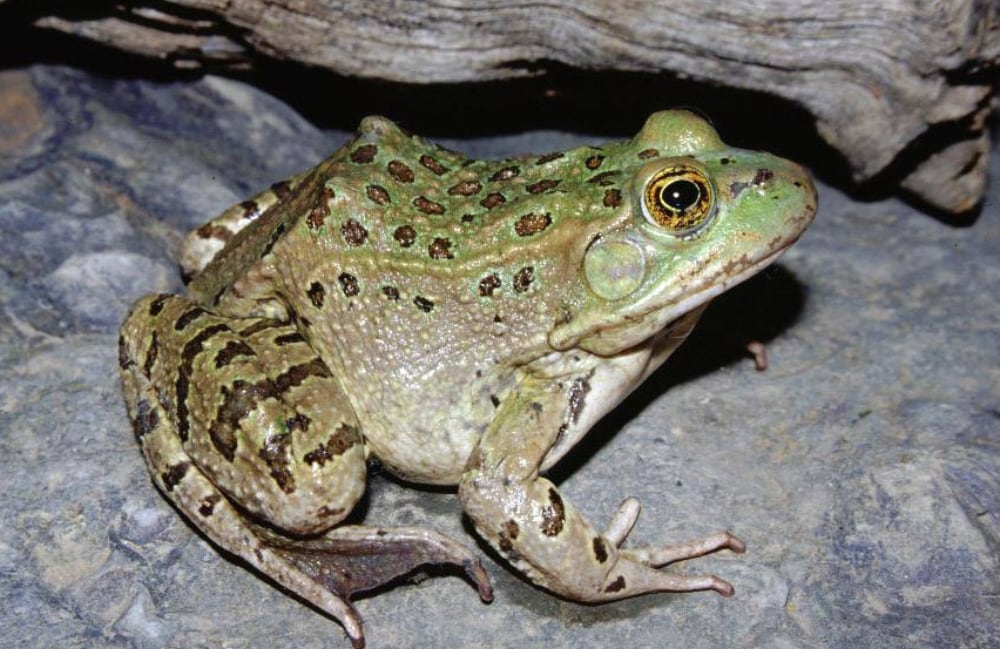 The Arizona Center for Nature Conservation and the Phoenix Zoo, along with the Arizona Game & Fish Department (AZGFD), U.S. Fish and Wildlife Serv

The Arizona Center for Nature Conservation and the Phoenix Zoo, along with the Arizona Game & Fish Department (AZGFD), U.S. Fish and Wildlife Service (USFWS) and U.S. Forest Service (USFS) is celebrating 25 years of captive breeding of the Chiricahua leopard frog (Rana chiricahuensis).

Chiricahua Leopard Frog Habitat Must Be Protected, US Govt. Says

The zoo launched the recovery program for this species in 1995. It consisted of several tanks in the office of the zoo curator. The program has since grown and is now housed in the Arthur L. and Elaine V. Johnson Foundation Native Species Conservation Center. The frog has dedicated outdoor and indoor space for breeding, with the goal of releasing as many into the wild as can be released to bolster the wild populations in the state.

“The Phoenix Zoo has been at the forefront of the Chiricahua leopard frog reintroduction program since it began raising frogs 25 years ago, when the species had declined from nearly 80% of its range,” AZGFD Ranid Frogs Project Coordinator Audrey Owens said in a statement released by the department. “Thanks to the Zoo’s efforts, we have more stability in frog populations in southeastern Arizona.”

The zoo, USFWS and AZGFD launched the program before the amphibian was listed as threatened by the USFWS.

“We do what’s called head starting, we’re able to give them that head start past the vulnerable life stages where they most likely experience the largest threats in the wild,” Reena Patrose, conservation technician at the Phoenix Zoo said. We can get them past that stage and get them to a place where they’re most likely to survive out in the wild.”

The Chiricahua leopard frog is listed as vulnerable by the IUCN. It is native to Arizona, New Mexico and Mexico. It can be found in temperate forests, rivers, swamps, freshwater lakes and marshes, as well as springs and ponds. The frog is threatened by habitat loss, invasive species such as bullfrogs and crayfish, and the chytrid fungus, which has devastated frog populations world wide.