Project Palaka announced the frogs began hatching October 17. Currently there are 21 neonates and all are voracious eaters.

Platymantis insulatus is native to Gigantes island in the Philippines.

Project Palaka announced the frogs began hatching October 17. Currently there are 21 neonates and all are voracious eaters. Photo by Project Palaka

“This has been a year of challenges for the project, but we were still able to stay on task and succeed in one of our main objectives- begin breeding this “Treasure of the Gigantes”, for the purposes of boosting wild populations,” Norman Greenhawk, founder of Project Palaka said in a statement announcing the successful captive breeding of the species.

“Platymantis insulatus are direct developers- unlike many species of frogs, they do not have a free-swimming tadpole stage. Instead, the female lays her eggs on land, and the embryos develop within the egg, hatching out as fully developed froglets.”

Project Palaka currently has 21 neonates and they are eating successfully. More females are gravid and the is that it is the start of more successful clutches. 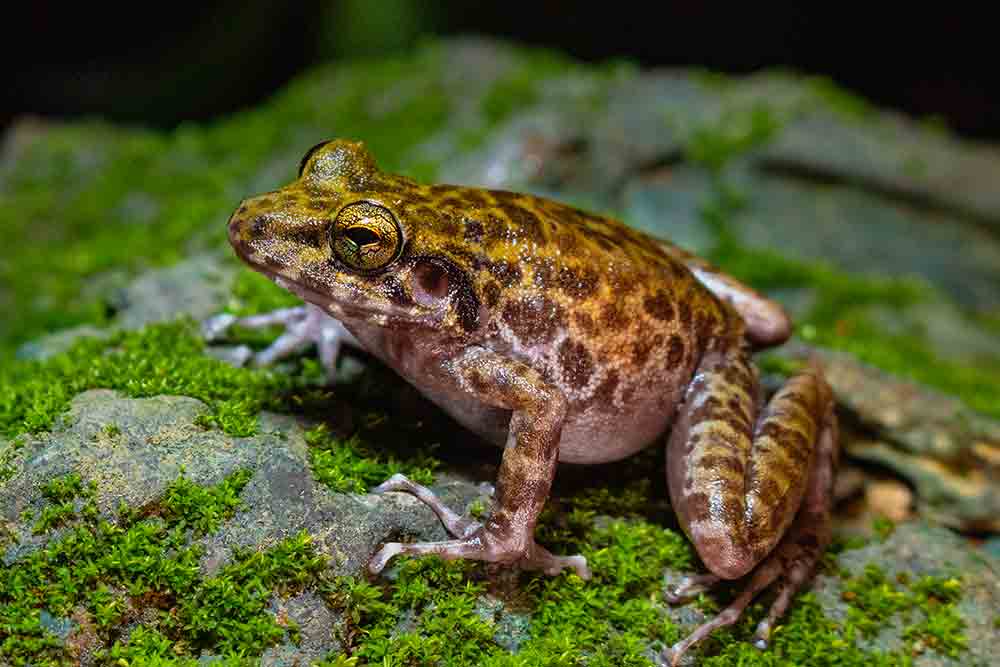 “We want to take this time to thank everyone that has been involved in getting to this point. First, we thank our international conservation partners and funders- Mandai Nature, Synchronicity Earth, Amphibian Ark, the IUCN Asian Species Action Partnership, and Stiftung Artenschutz. In addition to providing the means for us to operate, these organizations have been committed to Project Palaka’s success, and have always made themselves available for consultation, brainstorming, and problem solving,” Project Palaka said in a statement posted to social media.

“We also thank our in-country partner, the UPLB Museum of Natural History, for providing the hortorium building to serve as facilities for the project, and to Dr. Leticia Afuang, Dr. Juan Carlos Gonzalez, Dr. Marian De Leon, and UPLB MNH team members Michelle Alejado San Pascual, Florante Cruz, and Charlie Mazon. We also want to thank our field team members, as well as our student research assistants who helped care for the frogs at the project from October 2021- April 2022.”

“The Philippine DENR has been aware of this project at every level, from the Biodiversity Management Bureau, to the regional offices of Region IVa and Region VI, to the local PENRO and CENRO officers for Panay Island. We have always received help from the DENR when we needed it, be it permitting or coordination of travel.”

“Our project has been supported from the start by the LGU of Carles- the Office of the Honorable Mayor Siegfredo A. Betita.
On the Gigantes Islands, our efforts would not have been successful without the help, coordination, and assistance of the Barangay Captains, kagawads, teachers, and local community elders and leaders. Our amazing field guides kept our team from getting lost, and often joined in on helping us collect data.”

“We want to end this post by thanking the public of the Gigantes Islands. During both of our field work trips to the islands, we were welcomed and made to feel at home. Our community outreach events always drew large crowds of people curious about our work and what we were trying to accomplish. We are looking forward to returning to the islands for future field work and frog releases.”