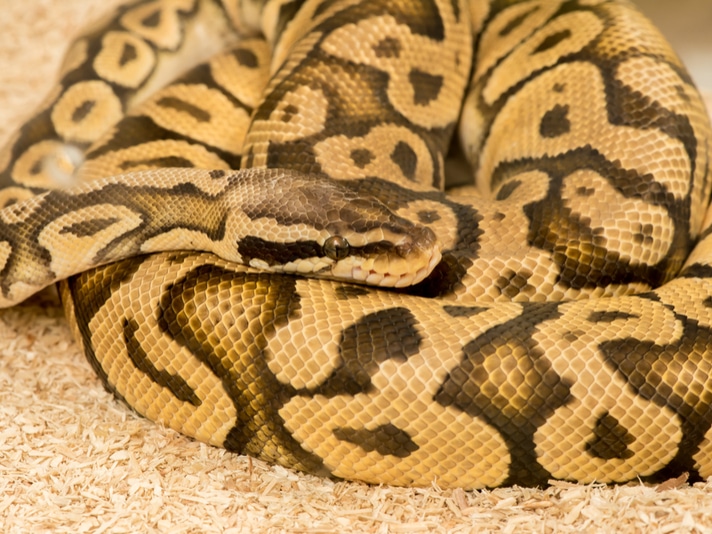 These amendments will be devastating to thousands of businesses of all sizes (which is absolutely contrary to the purpose of the COMPETES Act).

This legislation makes several amendments to the Lacey Act. Amendments that were snuck in without so much as a hearing in the Natural Resources Committee.

This bill gives supreme unilateral authority to the U.S. Fish and Wildlife Service to determine what species can be imported into the U.S.

As what can only be described as dirty politics, the America COMPETES Act of 2022 (HR4521) emerged in the House on January 28. The America COMPETES Act mutated into a 3,000-page mockery of the U.S. political process that sailed through the House in a week (passing on 2/4/22 with a 222-210 vote). This monstrosity replaced the original bill that was titled the Bioeconomy Research and Development Act of 2021.
USARK exposed the news on the same day the bill was reported in the House that deceptively hidden within a bill advertised as an economic and national defense initiative were Lacey Act amendments that will have shattering impacts on the pet community and trade, as well as other industries. Our alert has been circulating and awareness is spreading.

This issue is not just about reptiles, or birds, or fish, or amphibians, or mammals. It is about all of them! If you own an animal other than a dog, cat, or traditional farm animal, your species could be treated as injurious. If you have an animal interest business, this will likely affect you. Even business in domesticated agriculture species could be afflicted as shipments with any animal description may see increased inspection. This escalated scrutiny may also decrease the number of ports allowed for shipments.
Potentially thousands of species could fall victim to this overreach. Is it not worth a minute of your time to contact your lawmakers to protect your freedoms?
This is a massive federal power grab that is alarming. It conflicts with the original intent and Congressional direction of the Lacey Act. We will suffer from new federal authority without any additional protection.

It is both fine and preferable to complete alerts from more than one group! Not only do the various alerts have different messaging, but they also utilize different forms of contact. Some alerts are quick and easy but taking an extra minute to contact your legislators directly through their websites is generally more effective. Do not only send emails! Be sure to call offices, send faxes (yes, those still exist), and even mail letters. Also, alerts will be changing to focus on Senators as the titanic bill passes in the House.
Be sure to check our original alert with legislator contact details at https://usark.org/2022lacey/. Watch it and our social media for updates.
Facebook: https://www.facebook.com/UnitedStatesAssociationOfReptileKeepers, Instagram: @USARK_official, and Twitter @USARK.

Why does this matter?
The list of ramifications is long but we will summarize. If a species could possibly (not definitely) survive at any location in the U.S. it could be listed as injurious for the entire country. This means an issue for only southern Florida (even if already addressed by the State) will be amplified to impact California, Texas, Illinois, and all other states. A species could be potentially injurious/invasive in 1% of the U.S. and still be listed. This removes authority from state agencies to decide what species should be regulated.
The Lacey Act amendments concealed in the America COMPETES Act would:

More on this bill
COMPETES is an acronym for Creating Opportunities for Manufacturing, Pre-Eminence in Technology and Economic Strength. The purpose being peddled in D.C. for the Act is to strengthen America’s economic and national security. However, hundreds of provisions were added to what began as collaborative policymaking. The completed American COMPETES Act is now a travesty of the legislative process (or lack thereof, in this case).
The COMPETES Act passed the House on February 4. Once it reaches the Senate, it will be reconciled with the Senate’s U.S. Innovation and Competition Act, or USICA which does not include Lacey Act language. Our voices will need to transition to the Senate at the appropriate time. Sign up for our email newsletter list (at www.USARK.org) and follow us on social media to stay informed.

Quotes from Rule Committee and House floor hearings on this bill
“I want to just say for the record, this is the most egregious violation of process I have ever seen…”
“This legislation makes several amendments to the Lacey Act. Amendments that were snuck in without so much as a hearing in the Natural Resources Committee… The provisions give blanket authority to the U.S. Fish and Wildlife Services to determine what is an injurious species without any requirement for public input, advanced notice, or comment, dramatically expands Fish and Wildlife Services authority to regulate movement of injurious wildlife within the United States, and makes wildlife importers guilty until proven innocent by requiring imported species to appear on a Fish and Wildlife Service white list or have it treated as injurious by default. These provisions will be detrimental to American industries such as aquaculture which are already highly regulated businesses.”
“This bill gives supreme unilateral authority to the U.S. Fish and Wildlife Service to determine what species can be imported into the U.S. This so-called white list mandated in the bill, it’s virtually impossible to implement and will effectively shut down aquaculture and similar industries who need trade to conduct business. The weaponization of the Lacey Act will only empower bureaucrats and ignores the current state-based approach on species imports. It’s legislative laziness since there have no hearings or even an introduced bill on this topic.”
“What a sneak attack on people that create jobs and create goods for America. These people are good stewards. Good stewards of the land and they are also terrific at animal husbandry. And this is a sneak attack on them trying to drive them out of business.”