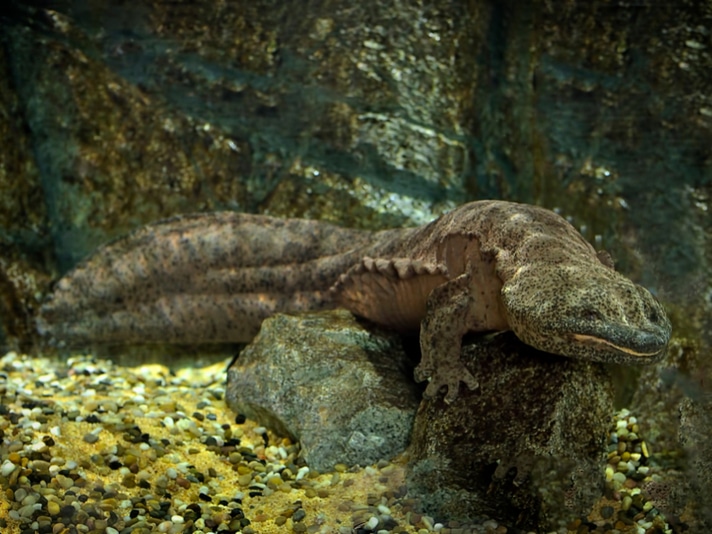 The Chinese giant salamander is five species level lineages and not just a single species, a new study says.

If conservation efforts are not revised, the Chinese giant salamander will face extinction, according to a report in Cell Biology. Researchers say the IUCN Critically Endangered amphibian is five or more distinct species and continued classification of the amphibian as a single species may hasten the extinction of all five species. 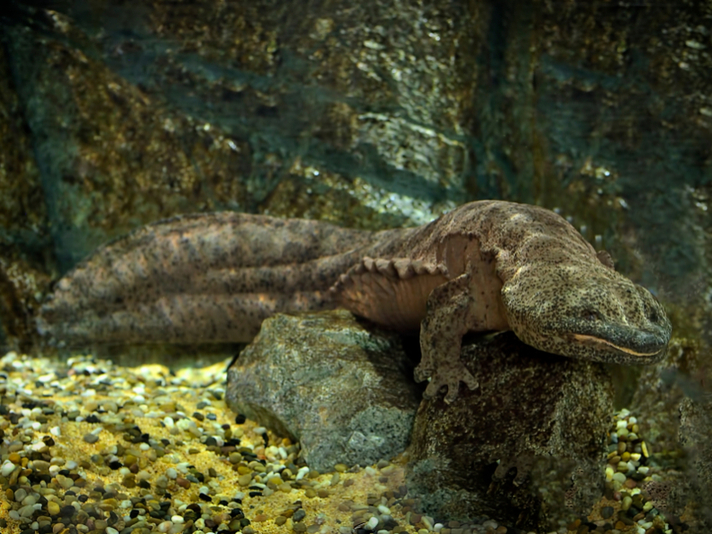 The Chinese giant salamander is five species level lineages and not just a single species, a new study says.

Researchers over the past 10 years conducted tissue and DNA analysis on 70 wild-caught and 1,034 captive-bred Chinese giant salamanders in a variety of localities in China and have determined that the species is actually five distinct clusters, and not a single species. And this doesn’t bode well from a conservation standpoint because in China, one species of Chinese giant salamander is commercially farmed, and the initial thinking was to breed some of these amphibians for release back into the wild in an effort to bolster the wild populations, according to Wired.

The issue is that only the single species that is commercially bred is from the Yellow River, and the four other species are not part of any commercial breeding programs. This is because the Chinese giant salamander was thought to be just a single species.

According to the report, different species of giant salamander were found in different regions of the country and each is unique.

“Consequently, the animals are likely adapted to their native environments,” Kunming Institute of Zoology biologist Jing Che, coauthor on the papers was quoted in Wired. “Adaptations could involve breeding times and cues, as well as physiological adaptations to different environs.”

While the intentions of the conservationists were noble, they also had unknowingly tainted the gene pool, hybridizing and homogenizing other salamander species with the Yellow River variety.

“It's also the lineage (Yellow River) that we detected in all of the wild salamanders that we were able to capture and sample,” Turvey told Wired, “including salamanders in the wild from the south of the country, which is not in the Yellow River drainage, so they couldn't have been there naturally.”

The Chinese giant salamander was prolific in all its varieties at one point but have been drastically hunted in the wild, so much so that there are few locations in which they are known.

“After surveying 97 sites, we found salamanders in only four localities,” conservation biologist Andrew Cunningham, of the Zoological Society of London told Wired. “And based on the genetics, it appears likely that most or all of them are actually escapes or releases from farms, rather than representing native wild populations.”

The Cell Biology Correspondence, "The Chinese giant salamander exemplifies the hidden extinction of cryptic species," can be read here.

An abstract “Imminent extinction in the wild of the world’s largest amphibian" can be read here.