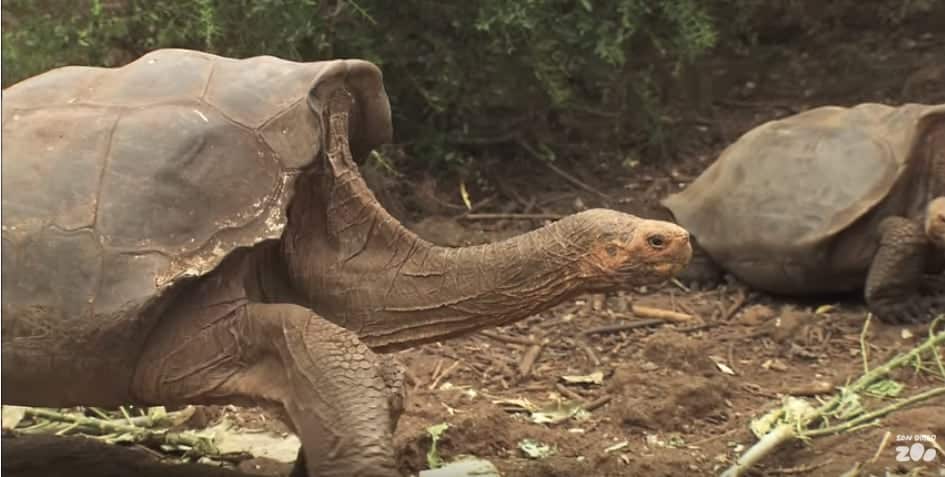 Diego, The Galapagos Tortoise Who Fathered More Than 800 Sent Home

Diego was returned back to the wild on Española Island.

Diego, the Galapagos tortoise (Chelonoidis hoodensis), who helped bring his species back from the brink of extinction, has been retired and sent home to Española Island in the Galapagos Island chain. Scientists have estimated that Diego fathered around 800 offspring since he was sent back to Española, where an estimated 2,000 Galapagos tortoises can now be found. Researchers speculate that Diego was taken from Española Island sometime between 1900 and 1959 and ended up at the San Diego Zoo. Diego lived at the zoo for 30 years before he was sent back to Española Island to be part of the breeding program there. He and 14 other tortoises from the breeding program will be released back into the wild.

Of the three males in the breeding program, Diego was the second most prolific. Forty percent of the young tortoises living on the island were fathered by Diego, according to genetic testing, while E5, fathered 60 percent.

Galapagos Tortoise Fathered 800 Offspring and Helps to Save His Species

During the early 1960s, there were just two males and 12 female Chelonoidis hoodensis Galapagos tortoises left on the island. They appeared in dire straits as a species. So in 1976, Diego, who began life on Española, was sent back to be part of the captive breeding program on the island. That program was deemed successful in 2014. In his 40 years as part of the program, he has been very prolific in adding to the species.