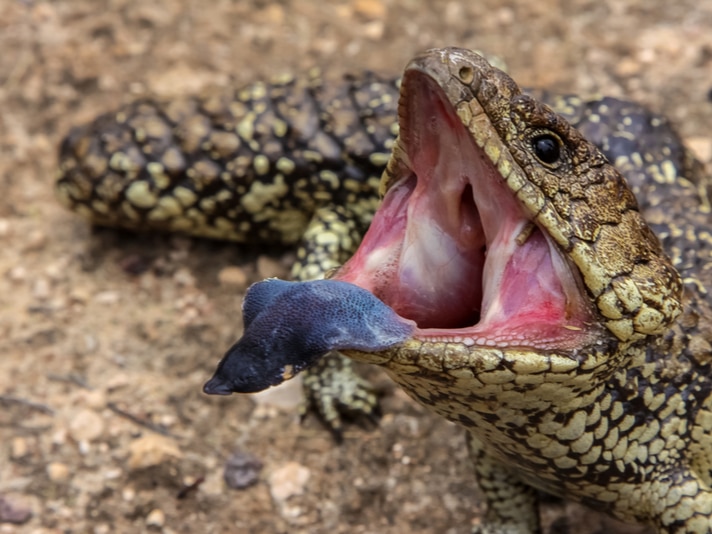 The Blue-Tongue Skink’s Tongue Is Blue To Ward Off Predators, Study Says

The blue-tongue skink's blue tongue is its last line of defense when trying to ward off predators.

We call them blue-tongue skinks (Tiliqua sp.), because, well, their tongues are blue. But why are they blue? According to a new study published in the journal Behavioral Ecology and Sociobiology, the skink's blue tongue serves as a deterrent to ward off would-be predators. 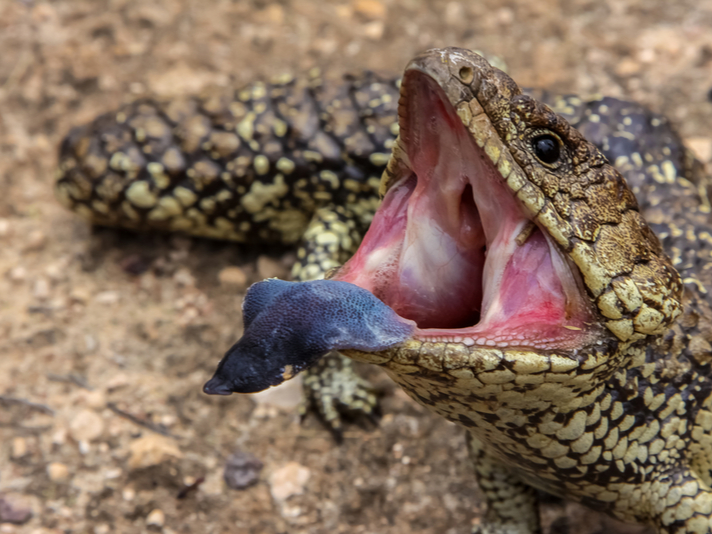 The blue-tongue skink's tongue is displayed to ward off predators, study says.

The study, "Why blue tongue? A potential UV-based deimatic display in a lizard," says that when the reptile is about to be attacked, it opens its mouth as wide as it can to display its blue tongue, and this serves as its last line of defense when it is attacked. The creator of the study, Martin Whiting of Macquarie University in Australia also noted that the rear of the lizard's tongue is more ultra violet intense and luminous than the tongue up front, and the brighter section of tongue is revealed in the looming moments of an imminent attack. The tongue is twice as bright in the rear versus on the tip.

"The lizards restrict the use of full-tongue displays to the final stages of a predation sequence when they are most at risk, and do so in concert with aggressive defensive behaviours that amplify the display, such as hissing or inflating their bodies", lead author Arnaud Badiane said in a statement released by the university. "This type of display might be particularly effective against aerial predators, for which an interrupted attack would not be easily resumed due to loss of inertia."

The researchers used models of would-be predators of the skink, including a bird, a snake, a monitor lizard, a fox and a piece of wood as a control. These faux attacks were simulated in a controlled environment.

The researchers found that when the skink was subjected to a more intense "attack" it would stick out its tongue further to create a full tongue display, with a larger portion of their tongue showing and out of its mouth. This behavior was observed in "attacks" from birds and foxes, and not snakes or monitor lizards, according to the study. They also noted that the timing of the use of their tongue was important to achieve the desired effect.

"The timing of their tongue display is crucial," Badiane said. "If performed too early, a display may break the lizard's camouflage and attract unwanted attention by predators and increase predation risk. If performed too late, it may not deter predators."