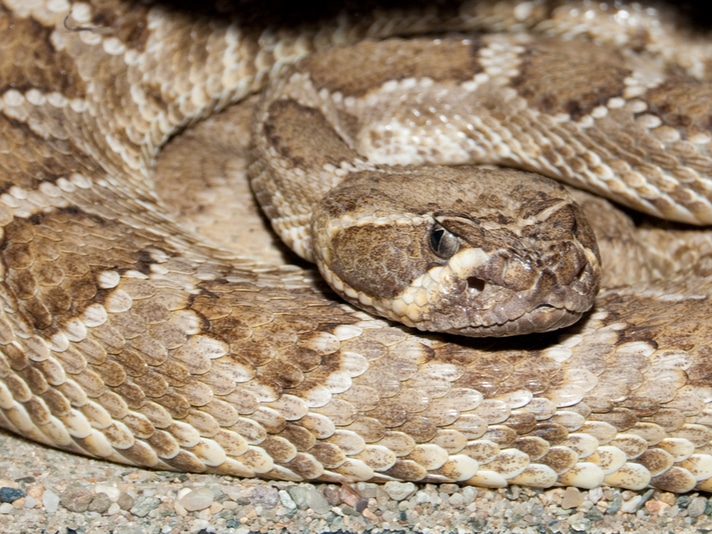 The man had just decapitated the snake in his yard when he was bitten.

A man in Corpus Christi, TX was doing yard work last weekend when his wife found an approximate four-foot rattlesnake in their yard. Jeremy Sutcliffe immediately took a shovel to the reptile, removing its head. But when he went to throw the snake away, the head bit him on the hands. 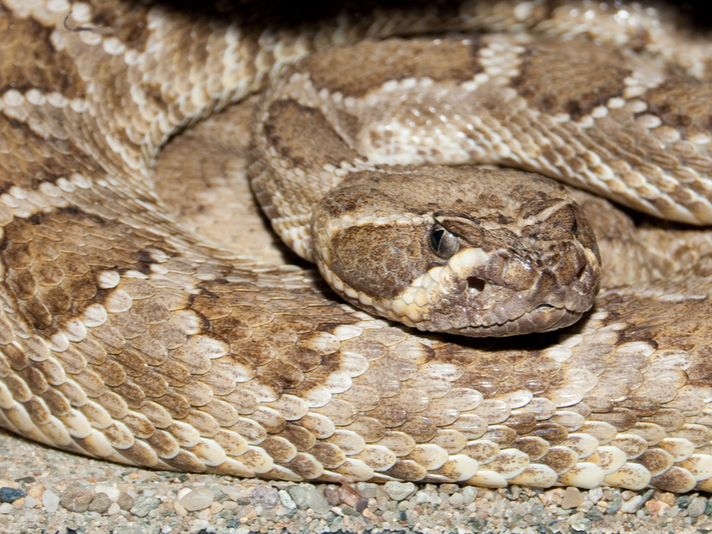 Venomous snake experts almost always recommend that people who encounter these reptiles leave them alone as they will eventually go on their way.

Sutcliffe's wife, Jennifer, who happens to be a nurse, went into nurse mode and called 911 as she began the drive to the hospital. During the drive, Jeremy began having seizures and lost his vision so Jennifer called and met the ambulance along the way. It was later determined that he was also bleeding internally.

"They HALO-Flighted him into the hospital," Sutcliffe told KiiiTV. Doctor at the hospital told Jennifer that Jeremy might not make it, despite receiving 26 doses of antivenin. Jeremy is now in stable condition but has weak kidney function.

"When I pick up a road-killed rattlesnake to preserve as a museum specimen, for example, I always lay something heavy across the neck while I'm injecting formalin into the body, to insure that the head not snap around and get me," the professor of ecology and evolutionary biology said.

It is rare but not uncommon for a severed venomous snake's head to rear its fangs and bite. In October 2015, a chef in China who was preparing a meal of black and white spitting cobra (Naja siamensis) died after attempting to throw away the head of the snake 20 minutes after he severed it with a knife.

People usually get bitten by rattlesnakes because they are messing around with them. And it is usually men who are the snake bite victims. In this case, Jeremy Sutcliffe thought what he was doing was the right thing to do, but venomous snake experts almost always recommend that humans keep their distance from these reptiles, and eventually they go on their way, away from the potential for human interaction.

Loading...
Newer Post
Because Of Their Appetites, Collared Lizards Don't Do Well In Captivity
Older Post
The Blue-Tongue Skink’s Tongue Is Blue To Ward Off Predators, Study Says
Advertisement