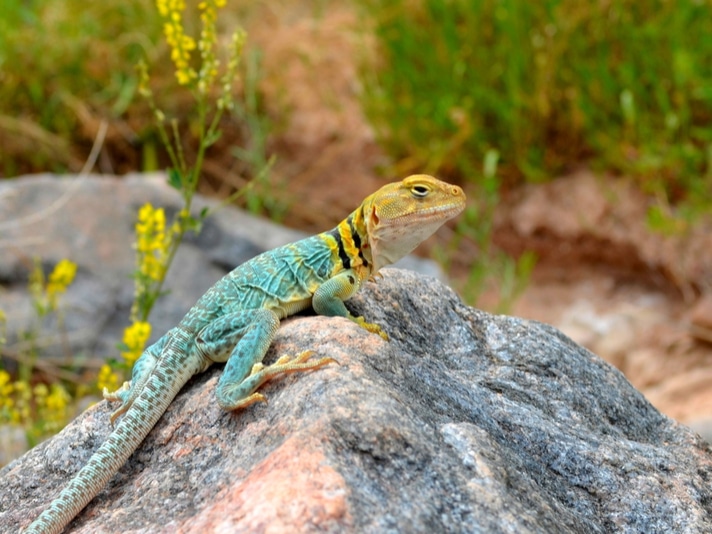 Because Of Their Appetites, Collared Lizards Don't Do Well In Captivity

The high caloric intake of collared lizards is difficult for many herpetoculturists to provide.

Question: Why have collared lizards not become more popular?  They come in many colors and should be everywhere, but they’re not.
Brenda Calloway, Johnson City, TN. 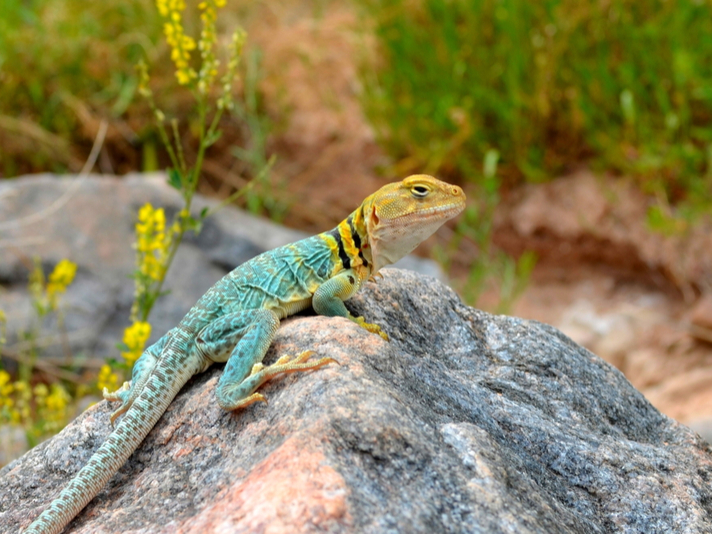 Collared lizards (Crotaphytus spp.) are showy lizards, especially adult males, but their high caloric intake is difficult for many herpetoculturists to provide.

Answer: I liken collared lizards to chameleons, as herps for advanced keepers only. Lizards of the genus Crotaphytus are active predators with big appetites, like miniature velociraptors. They prey mainly upon other lizards, but also include other small vertebrates in their diets. Bugs and spiders are eaten too, of course, but need to be offered in larger quantities than many keepers are used to feeding their pet lizards.

“Collies,” as I’ve heard them called, have a fast metabolism, meaning they need to eat a lot of food to stay healthy. Once the sun is up, they typically climb on top of a promontory rock to bask and warm up to their optimum hunting temperature. This also provides a vantage point with a view of the terrain around them for 20 or more feet, allowing these alert lizards to keep an eye out for potential food moving about down below. When something edible is spotted, they dive off and run the prey down. Powerful muscles in their enlarged heads clamp down and incapacitate it, and the food item is sometimes another lizard that’s nearly as large as the collared lizard that’s eating it.

The need to duplicate this behavior in captivity is what holds most people back from successfully keeping the various species of collared lizards in captivity for extended lengths of time. The keeper’s inability to provide a variety of foods in sufficient quantity is often what leads to a captive collared lizard’s downfall. As with chameleons, most pet owners don’t comprehend how much food is required to maintain these lizards in proper health. Even if they do know, they are often not able to supply it on a daily basis the way Crotaphytus prefer it.