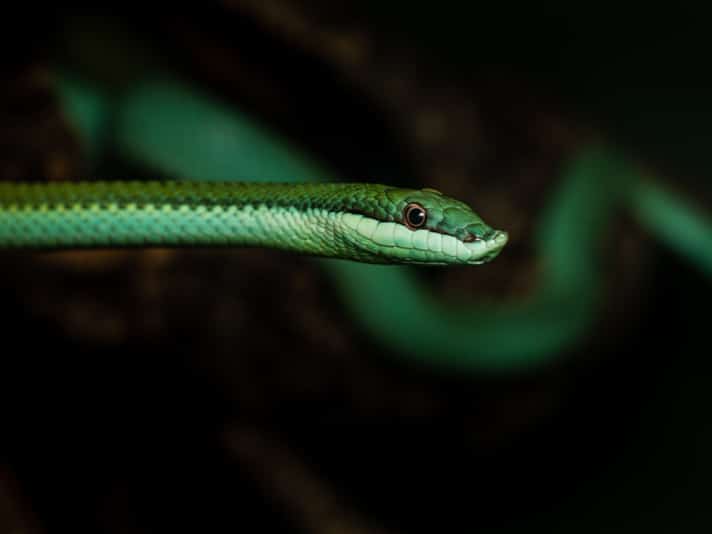 The San Francisco Zoo opened a new exhibit over the weekend, the South American Tropical Rainforest Exhibit, but the zoo is missing one of its inhabit

Snake Fungal Disease Could Spread Globally, Report Says
Horned Frogs Have Tongues That Are Strong Like Adhesive Tape
One Of Alan Rickman’s Last Acting Gigs Was A PSA With A Tortoise To Help Refugees

The San Francisco Zoo opened a new exhibit over the weekend, the South American Tropical Rainforest Exhibit, but the zoo is missing one of its inhabitants and officials suspect it may have been eaten by a bird. The animal, a small green snake called the Baron’s racer (Philodryas Baroni), was noticed missing on July 11, the day before the grand opening. It resides in an exhibit with birds, smoke of which are able to fly around the exhibit and some of which feed on small reptiles, such as this species of snake. Zoo officials speculate that the snake was eaten by a bird, or has gone into hiding in the exhibit as they have been unable to locate the small, venomous snake.

The Baron’s racer is a rear-fanged colubrid snake that grows to about 150 to 180 centimeters. It is an arboreal snake that is active during the day and is  not considered aggressive. It feeds on mice, lizards, and amphibians and is native to forests and woodlands of Argentina, Bolivia and Paraguay.