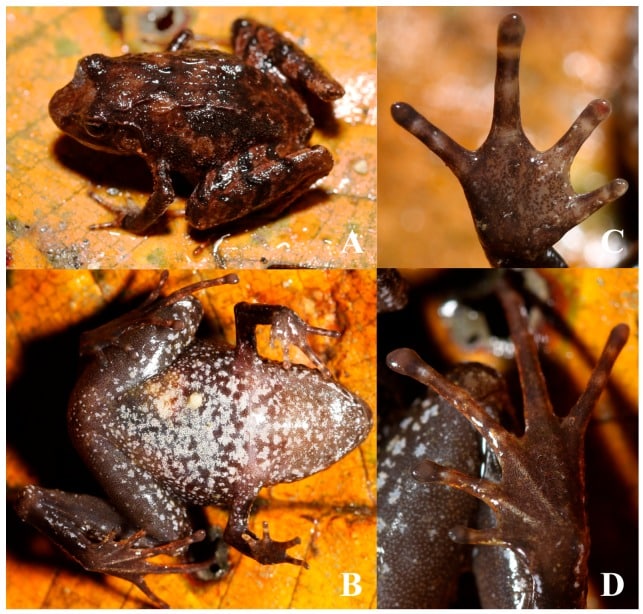 Liurana vallecula, has a snout-to-vent length of 20.4 mm, a reddish brown body coloration with dark brown streaks and a marbled pattern on the top of its head.

Researchers with the Kunming Institute of Zoology, Chinese Academy of Sciences, Funsome Nature Center, Shenzhen Guangdong and the University of Oklahoma describe a tiny new species of frog of the genus Liurana, hailing from southeastern Tibet in China. 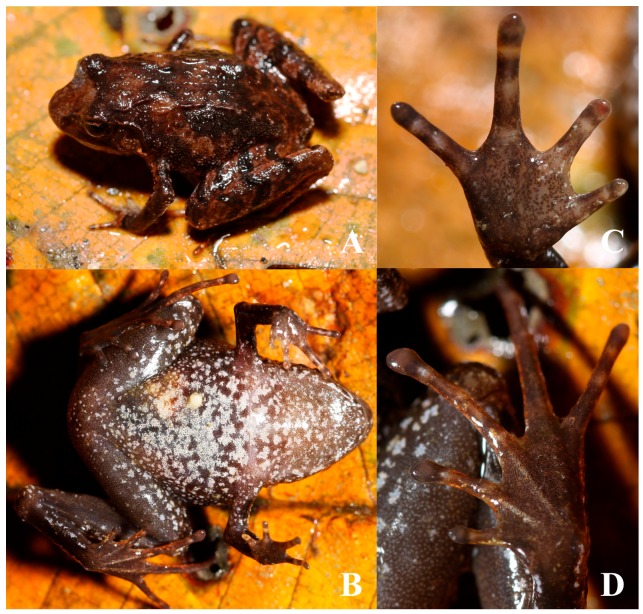 The frog, Liurana vallecula, has a snout-to-vent length of 20.4 mm, a reddish brown body coloration with dark brown streaks and a marbled pattern on the top of its head as well as its body and limbs. It features an X-shaped pattern on its pectoral area of its dorsum, and an irregular marble pattern on its lateral body.

The researchers say Liurana vallecula is a leaf-litter specialist and can be found in tropical broad-leaf forests at low elevations. It was found near the  Yarlung Zangbo River and the tributaries that feed into it. The researchers speculate that the amphibian can also be found in other regions of southern Tibet.

The researchers write in their paper describing the frog that local authorities and regional governments should take the frog's habitat into account when considering development and must make every effort to preserve the areas in which the amphibian is located. They also urge law enforcement to enforce existing environmental regulations in the region to better protect the amphibian.

The complete paper, "A new species of the endemic Himalayan genus Liurana (Anura, Ceratobatrachidae) from southeastern Tibet, China, with comments on the distribution, reproductive biology, and conservation of the genus" can be read on the U.S. government's Zoological Research website.