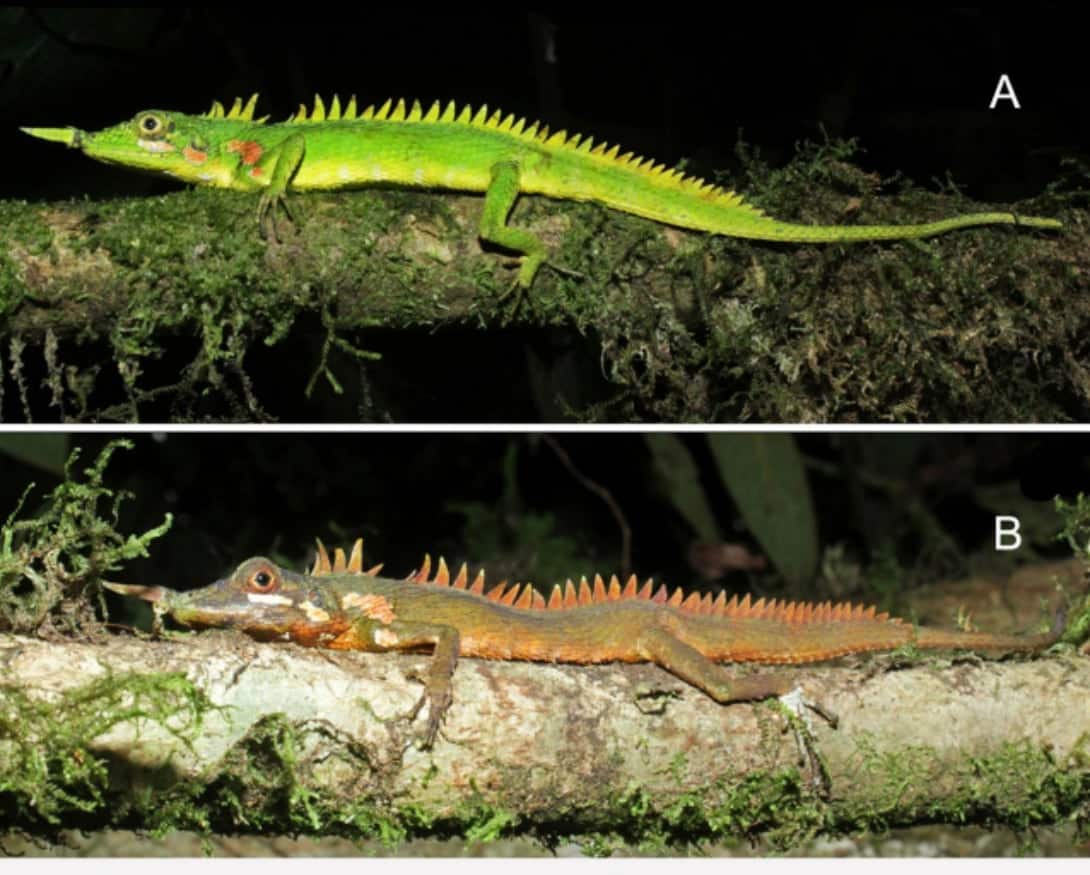 Nose-Horned Lizard Not Seen Since 1891 Rediscovered In Indonesia

Modigliani’s lizard, (Harpesaurus modiglianii) a lizard of the Agamidae family that hasn’t been seen since it was first discovered way back in 1891, h

Modigliani’s lizard, (Harpesaurus modiglianii) a lizard of the Agamidae family that hasn’t been seen since it was first discovered way back in 1891, has again been spotted in Indonesia’s North Sumatra province.

Wildlife biologist Chairunas Adha Putra was out on a bird survey when he discovered a dead lizard June 15, 2018 near a volcanic lake. Adha Putra contacted herpetologist Thasun Amarasinghe, who identified the specimen as a Modigliani’s lizard, according to ScienceNews. Adha Putra went back to the area in which the dead lizard was first located, and after several days searching, a live specimen was located on June 18, 2018. The dead specimen was determined to have been deceased for two to three days, and was in remarkably good shape. The researchers were amazed that it hadn’t been eaten by a predator.  The dead lizards served as the specimen used for full morphological assessment.

The lizard is nearly 80 cm in length, from snout to vent and is green in coloration when undisturbed. When disturbed, Harpesaurus modiglianii has the capability to change its colors, like a chameleon. It has a ridged keel-like dorsal crest running down its back that stops mid-tail. It is diurnal and arboreal, according to the researchers.

Worldwide there are more than 300 lizards of the family Agamidae. The  bearded dragon, Chinese water dragon and Uromastyx lizards are some of the more popular Agamid lizards with Reptile keepers. These lizards are widely captive bred and live long lives when properly cared for. The bearded dragon is probably the most popular lizard in reptile keeping today, though leopard gecko lovers would disagree.

The complete paper, Rediscovery of Modigliani’s nose-horned lizard, Harpesaurus modiglianii VINCIGUERRA, 1933 (REPTILIA: AGAMIDAE) after 129 years without any observation can be read here.