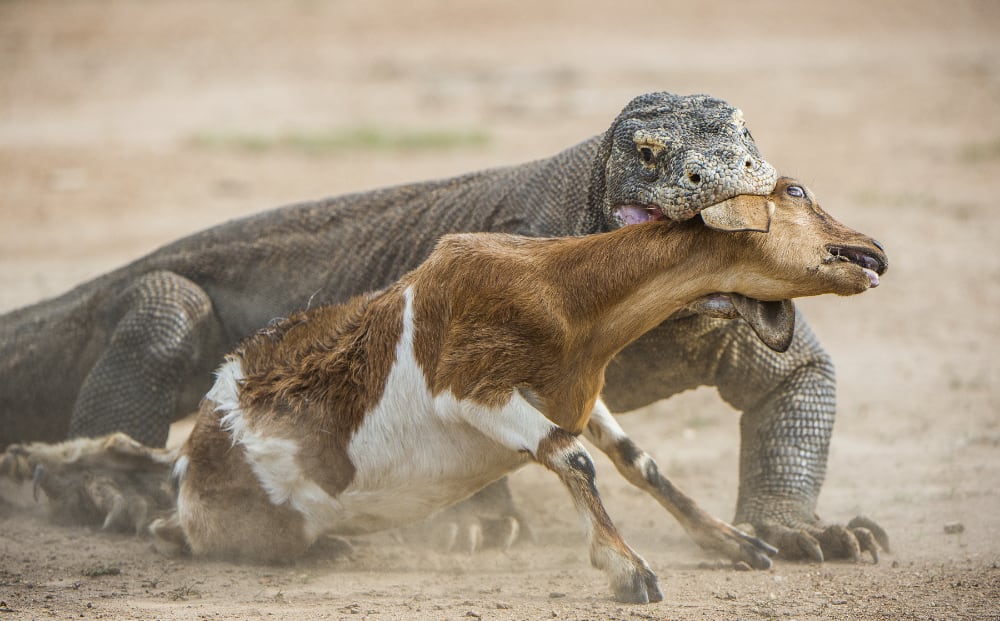 Listing Komodo Dragon As Endangered Based On Assumption, Should Be Reassessed

Jatna Supriatna, Chairman of the Governing Board of The Conversation Indonesia says limited evidence led to the listing.

A komodo dragon takes down a deer. Photo by Sergey Uryadnikov/Shutterstock The listing of the Komodo dragon (Varanus komodoensis) as endangered was

A komodo dragon takes down a deer. Photo by Sergey Uryadnikov/Shutterstock

The listing of the Komodo dragon (Varanus komodoensis) as endangered was based on an assumption and should be reassessed, Jatna Supriatna, Chairman of the Governing Board of The Conversation Indonesia wrote in a piece in the Conversation.

Supriatna noted that he nor other academics in the field of conservation in the country, who are also International Union for Conservation of Nature (IUCN) members were invited to discuss the reassessment of the reptile’s status. He noted that only taxonomists from Indonesia were invited to the meeting on this species last year in Singapore.

“In my experience assessing various species, Endangered status is decided with stringent criteria. Some questions would undoubtedly come up: is there a genetic change? Is there excessive poaching or habitat encroachment? Has their habitat been reduced? Experts from all over the world will discuss all of those questions with strong scientific evidence,” Supriatna wrote in his letter.

In Supriatna’s letter, he noted that the Komodo dragon is an excellent swimmer, can swim between islands and can dive up to 4.5 meters deep. He also noted that the lizard can also move on hills.

He also said that actions must be taken to ensure the survival of the vulnerable species, including limiting human interactions, especially on Rinca Island where tourists can “get very close to the lizards that may spur changes in their behavior and increase the risk of disease transmission;” monitoring the 15 tourists paths on Komodo Island, and conserving the natural prey of these reptiles, including the deer and the pigs.

“I suggest we reassess the Komodo dragon’s status on the Red List because limited evidence can lead to errors in actions,” Supriatna said.