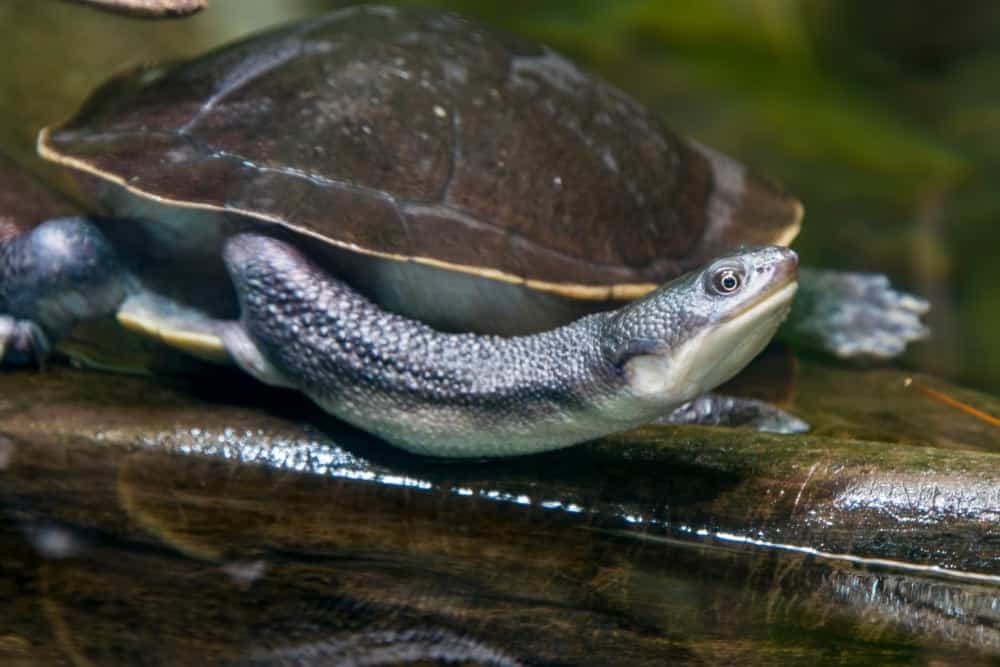 The turtle was declared extinct in the wild in 2019.

Thirteen Roti Island snake-necked turtles (Chelodina mccordi) that were being cared for by Wildlife Reserves Singapore have been returned to Indonesia as part of a conservation effort to protect the species and release the turtles back into the wild.

The turtles, six males and seven females were captive-bred at the Singapore Wildlife Reserves/Singapore/Mandai Nature Conservation Institute. That effort was conducted in conjunction with American and European zoos that are affiliated with the European Association of Zoo and Aquaria (EAZA) and the Association of Zoos and Aquariums.

“This repatriation process has an important meaning, not only in terms of conservation efforts for the snake neck turtle, which is a protected and endangered animal species, but also as a representation of the sustainable collaboration of environmental conservation ecosystems in which the accessibility of air transportation plays a crucial role in the implementation process,” President Director of Garuda Indonesia, Irfan Setiaputra said in a statement.

“Garuda Indonesia feels proud to be able to support the government’s ongoing commitment through the Ministry of Environment and Forestry (KLHK) regarding efforts to conserve protected animals in Indonesia through the provision of air transportation services to return these endemic animals to their habitat.”

The Roti Island snake-necked turtle was originally described as native to Roti Island in Indonesia but has since been divided into three subspecies, including Chelodina mccordi rotensis from eastern Roti and Chelodina mcordi timorensis from Timor. The turtle has a carapace length of 18–24 centimeters, with a pale gray brown coloration, and a long, snake-like neck. It is critically endangered and faces threats from the illegal pet trade. The chelonian is 7.1 to 9.4 in carapace length and is a pale grayish brown in coloration. Its snake-like neck, for which is it named, is almost long as its carapace. They can reproduce up to three times a year, laying a clutch of about 8 to 14 eggs. Hatchlings emerge after three months.