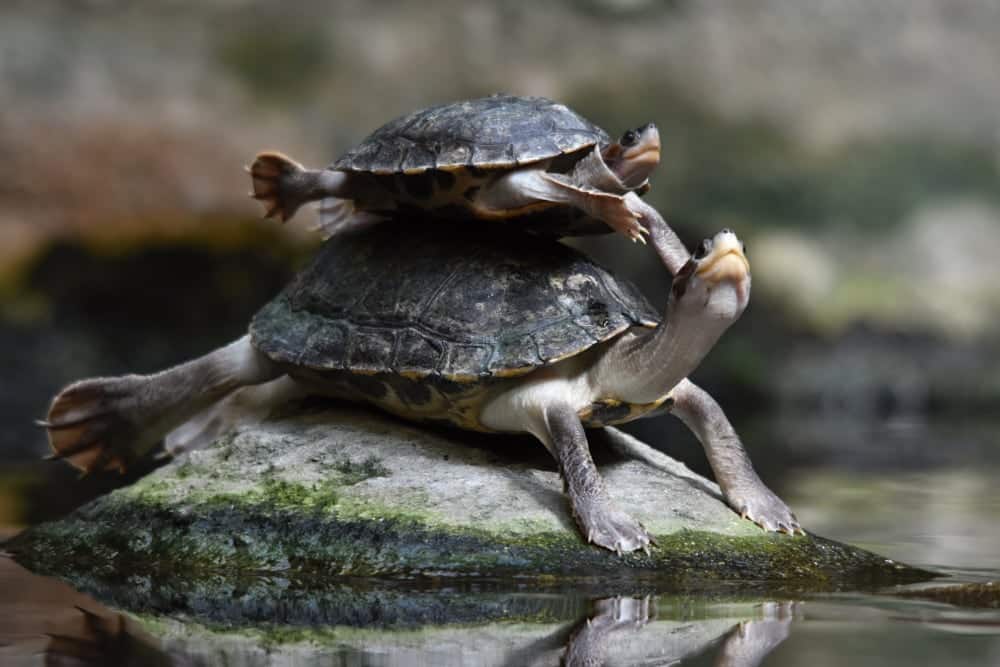 10 Southern River Terrapins Released Back Into The Wilds Of Cambodia

The Wildlife Conservation Society in coordination with Cambodia’s Department of Fisheries Conservation of the Fisheries Administration of the Ministry of Agriculture, Forestry and Fisheries, and Wildlife Reserves Singapore, today announced the release of 10 Southern river terrapins (Batagur affinis) into Cambodia’s Sre Ambel River system.

The release of these critically endangered chelonians, also called royal turtles, is the result of a nearly 20 year effort to protect their nests and care for the young at Cambodia’s Koh Kong Reptile Conservation Centre as well as protection of the species on the Sre Ambel River.

“We highly appreciate the participation of local authorities, community and WCS in the release ceremony, who have been working together to conserve critically endangered turtles so that they can persist in the natural water bodies,” Director of Department of Fisheries Conservation Ouk Vibol said in a statement released to the media. “All stakeholders should continue their efforts to conserve the threatened species, and those who still trade protected species will face legal action.”

The 10 turtles were collected between 2006 and 2015 and were transported to the Koh Kong Reptile Conservation Center in Tuol Korki village, Tuol Korki commune of Mondul Seima district, where they were raised and prepared for life in the wild, free from poachers and predation.

The Southern river terrapin, which is also Cambodia’s National Reptile, is critically endangered. Its habitat is impacted by sand dredging, illegal fishing, land grabbing and the clearing of riparian flooded forests for human use.

“The nest protection program plays a vital role to protect the species by promoting participation of the local community to protect nests and allowing nests to successfully hatch, head start and release into the wild,” WCS Country Program Director Ken Sereyrotha said in the statement.

The Southern river terrapin was once off limits to the Cambodian population as it was deemed property of the king of Cambodia. It was considered extinct in Cambodia until the year 2000 when a small population of the turtles were found in the Sre Ambel River.

The Southern river terrapin is native to Cambodia, Malaysia, and Indonesia. Its Northern river terrapin (Batagur baska) counterpart is native to rivers and waterways of India, Bangladesh, and Myanmar (Burma). According to the IUCN, both populations of these species have been devastated by human consumption of their eggs and meat, habitat alteration and destruction, and net fishing.