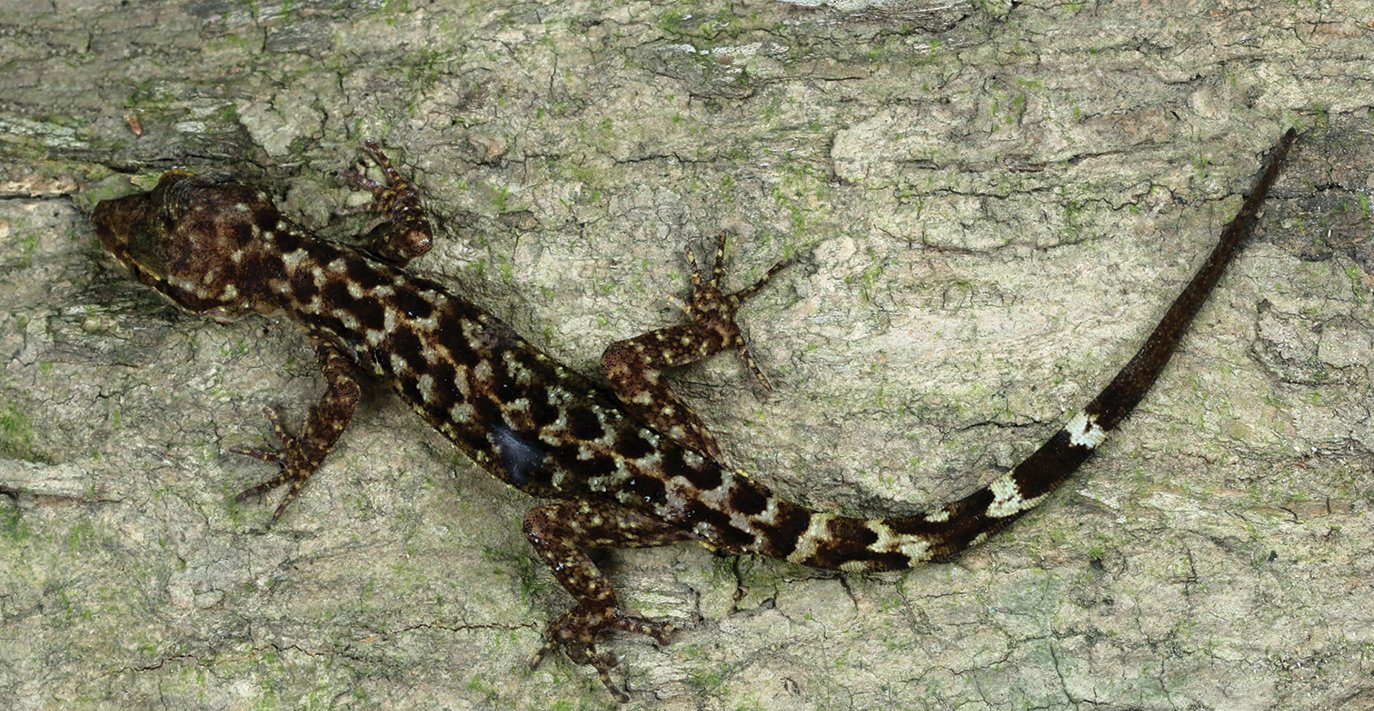 Researchers in India have discovered a new species of bent-toed gecko from the Indian province of Arunachal Pradesh. Cyrtodactylus arunachalensis is b

Researchers in India have discovered a new species of bent-toed gecko from the Indian province of Arunachal Pradesh. Cyrtodactylus arunachalensis is brown in coloration with a blotched pattern from the base of its tail up to its nape. Males have a snout to vent length of around 70mm while females are larger, at around 74.5mm.

The lizard can be found in the province’s Dafla and Mishmi hills at elevations of 179 meters to 1,400 meters. The specimens collected for the research paper were found near culverts along roads, while other individual lizards were observed on tree trunks, low branches, rocky cliffs and broad-leafed shrubs.

It appears that Cyrtodactylus arunachalensis is found across the state, and has been confirmed to exist in Pakke Tiger Reserve, Papum Pare district and the Kamlang Wildlife Sanctuary.

The team of researchers include Zeeshan A. Mirza, Harshal Bhosale, Faizan Ansari, Pushkar Phansalkar, Mandar Sawant, Gaurang Gowande, Harshil Patel. Cyrtodactylus arunachalensis is the fourth reptile species that has been discovered in Arunachal Pradesh, during this expedition led by this team. The team says that there is a need for further herpetological investigations in the region.

The complete paper, A new species of geckos of the genus Cyrtodactylus Gray, 1827 from Arunachal Pradesh, India can be read the Evolutionary Systematics website.