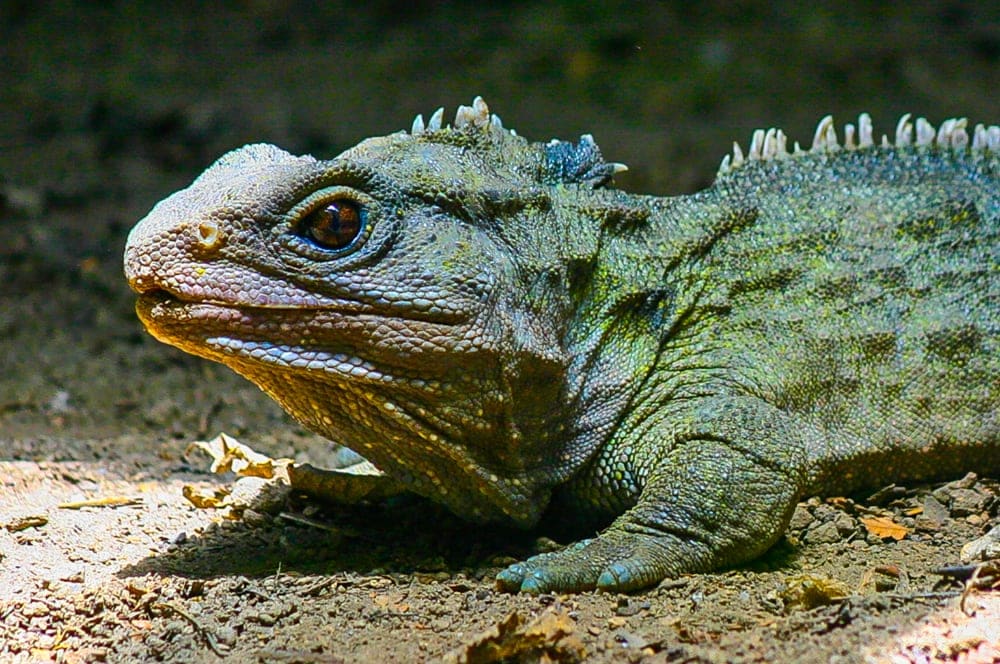 Researchers have discovered that the tuatara (Sphenodon punctatus), lizard-like reptiles endemic to New Zealand and the only living member of the rept

Researchers have discovered that the tuatara (Sphenodon punctatus), lizard-like reptiles endemic to New Zealand and the only living member of the reptilian order Rhynchocephalia, possess two deeply divergent co-existing mitochondrial genomes, giving the cold-tolerant reptile an adaptive advantage to harsher weather conditions that other reptiles.

“The Tuatara is a large-bodied unusually cold-tolerant reptile with a low standard metabolic rate (13 °C),” the researchers wrote in their paper, “Evidence of two deeply divergent co-existing mitochondrial genomes in the Tuatara reveals an extremely complex genomic organization.”

“Two co-occurring mt-genomes may therefore be advantageous for metabolic flexibility in cool environments. Adaptations in transmembrane proteins have been shown to have a high bearing on environmental fitness in extreme environments,” the researchers wrote.

Until now, the existence of two sets of mitochondrial genomes has only been discovered in bivalvian mollusks.

“In mollusks, the maternal copy is present in somatic tissues, whereas the paternal copy is found primarily in germ-line cells. Our discovery of two deeply divergent (10.4% sequence divergence) mt-genomes in the Tuatara is intriguing, but the origin, inheritance mechanism, and maintenance of the two molecules remains unknown.

“Future studies seeking to confirm the widespread presence of two mt-molecules in the Tuatara should examine multiple individuals, of both sexes, across the geographic range of the Tuatara,” the researchers wrote in their paper.

“Ideally, studies would be conducted in pedigrees to explore the inheritance of these molecules, and across multiple tissues to explore any tissue-specific patterns. Such a study is not trivial for a species that is protected under New Zealand and international law, and that is a taonga, or special treasure for those Maori iwi that are the kaitiaki, guardians, of the Tuatara. Our genome sequencing work was undertaken in partnership with Ngatiwai iwi, but any future studies in other locations would require further partnerships with Ngatiwai and another iwi across Aotearoa New Zealand to gain permissions to work on, sample, and sequence these taonga.”

In 2020, the whole genome sequence of the tuatara was completed by researchers with the University of Otago, Dunedin, New Zealand and the Ngatiwai, the Maori people who had guardianship over the tuatara populations that were used in that study, as well as in this study.

The tuatara are endemic to New Zealand and while they resemble lizards, they are part of the order Rhynchocephalia and the two species in New Zealand are the only surviving members in their 250 million year old family. The tuatara shared a common ancestor with reptiles about 250 million years ago. The species is an important link between the extinct stem reptiles of which dinosaurs, modern reptiles, mammals, and birds evolved. Tuatara can live more than 100 years and reach sexual maturity at 10-20 years.