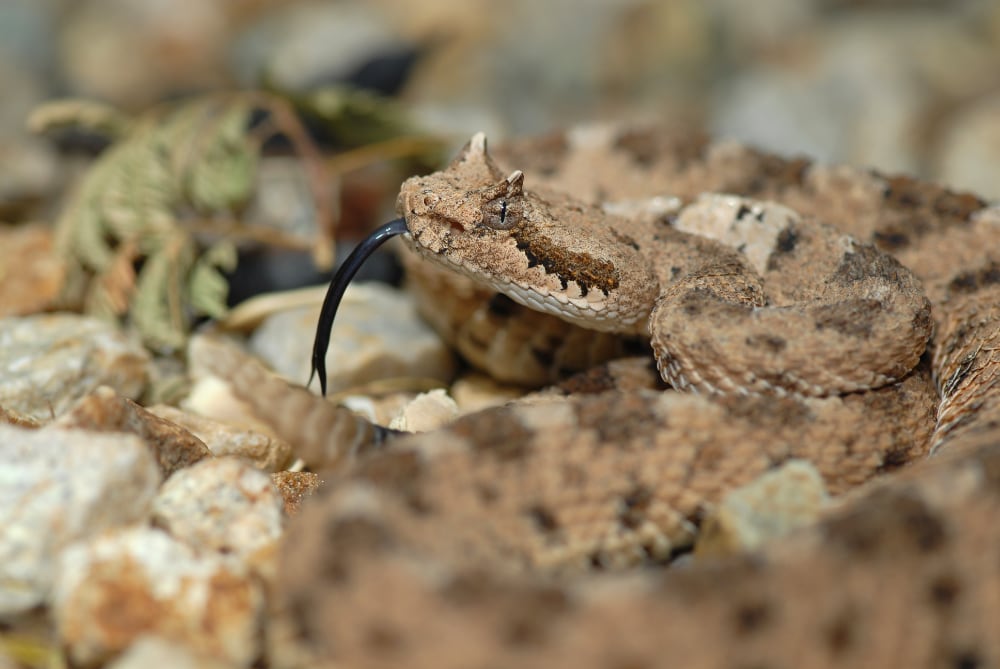 Researchers in the United States wanted to know what makes sidewinder snakes move the way they do, so they took a microscopic look at the shed skin of

Researchers in the United States wanted to know what makes sidewinder snakes move the way they do, so they took a microscopic look at the shed skin of three sidewinder snake species to find out, as well as how the bodies of these unique reptiles move about the sand.

“The specialized locomotion of sidewinders evolved independently in different species in different parts of the world, suggesting that sidewinding is a good solution to a problem,” Jennifer Rieser, assistant professor of physics at Emory University and a first author of the study said in a statement announcing their findings. “Understanding how and why this example of convergent evolution works may allow us to adapt it for our own needs, such as building robots that can move in challenging environments.”

The researchers noted that when non-sidewinding snakes move about, they tend to keep their bellies in constant contact with the ground in which they are traveling. They are continuously bending their bodies from head to tail. The sidewinder snakes take a totally different approach to locomotion, leading with their midsection mostly off the ground instead of the head while they move across loose sand. This enables the sidewinder to move in a sideways direction.

The researchers also took a microscopic look, using atomic force microscopy, which means they can look at the skin at an atomic level on order of fractions of a nanometer (very tiny viewing). The microscope revealed that the bellies of the three sidewinders are studded with tiny pits, while the non-sidewinding snakes showed tiny spikes rather than pits. It was also noted that the sidewinder rattlesnake also had some level of spikes but not a whole lot when compared to its African counterparts. The presence of some spikes in the sidewinder rattlesnake could be attributed to the evolution of the species, as while the Mojave desert accumulated sand 20,000 years ago, the sand in the Sahara region of Africa has been around for at least seven million years. It appears the sidewinder rattlesnake has just not evolved as much as the the Saharan horned viper (Cerastes cerastes) and Saharan sand viper (Cerastes vipera).

“That may explain why the sidewinder rattlesnake still has a few micro spikes left on its belly,” Jennifer Rieser, assistant professor of physics at Emory University said. “It has not had as much time to evolve specialized locomotion for a sandy environment as the two African species, that have already lost all of their spikes.”

The researchers then created a mathematical model and determined that the spiked bellies enhanced the speed and distance as the snakes move forward, while the pits enhanced the capability for sidewinding.

Other authors of the study include Joseph Mendelson, a herpetologist and the director of research at Zoo Atlanta; University of California, Riverside Evolutionary Biologist Jessica Tingle; and physicists Daniel Goldman (Georgia Tech) and co-first author Tai-De Li (City University of New York).