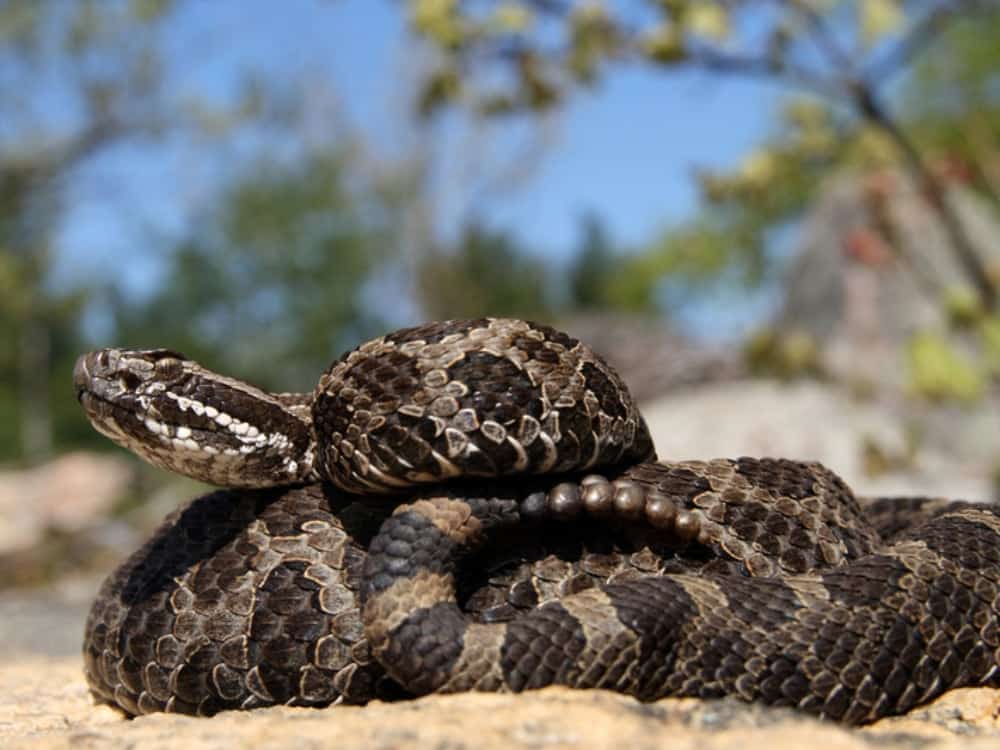 Ohio’s Columbus Zoo and Aquarium announced February 3 the birth of seven eastern massasauga rattlesnakes (Sistrurus catenatus), one of the smallest rattlesnakes in the United States. The snakes, which were born January 20, are federally listed by the U.S. Fish and Wildlife Service as threatened under the Endangered Species Act. They are also listed as endangered by the state.

The parents of the seven baby rattlers were paired as part of the Eastern Massasauga Rattlesnake Species Survival Plan (SSP), which works to ensure genetic diversity of this species to help bolster its survival. The male came from Chicago’s Lincoln Park Zoo in 2018 and the female was brought in from Canada’s Toronto Zoo. Each of the seven babies have already eaten and had their first shed.

“From species across the world to animals we can find in our own state like the eastern massasauga rattlesnake, the Columbus Zoo is dedicated to protecting the future of wildlife,” Columbus Zoo and Aquarium President/CEO Tom Stalf said in a statement released to the media. “The eastern massasauga perfectly represents how we are working to advance knowledge about them through important breeding efforts and data collection from the field. Conservation is complex and it takes a great deal of patience, hard work and collaboration to be successful. We are proud to work with our partners to benefit eastern massasaugas and other species that rely on the massasaugas’ presence within their ecosystems.”

The venomous snake species has suffered from a variety of issues, mostly man made, including habitat loss; an increase in woody invasive species that disrupt’s the snake’s habitat structure; flooding; drought; snake fungal disease; and persecution by humans who don’t understand the value of these venomous animals.