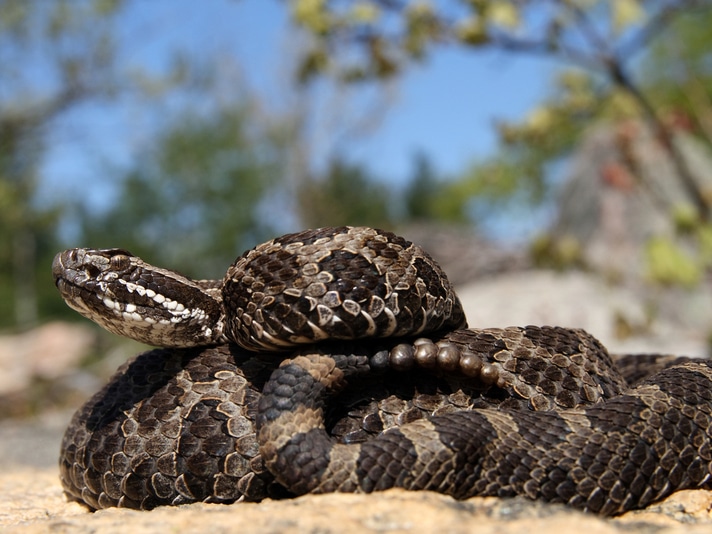 Researchers with the University of Illinois at Urbana Champaign have determined that snake fungal disease, Ophidiomyces ophiodiicola alters the skin microbiome (microorganisms and bacteria that occur on the skin surface) of infected eastern Massasauga rattlesnakes (Sistrurus catenatus). The endangered venomous snakes are highly susceptible to snake fungal disease, and the research published by the university researchers suggests that even on seemingly healthy skin on an infected snake, Ophidiomyces ophiodiicola is present. 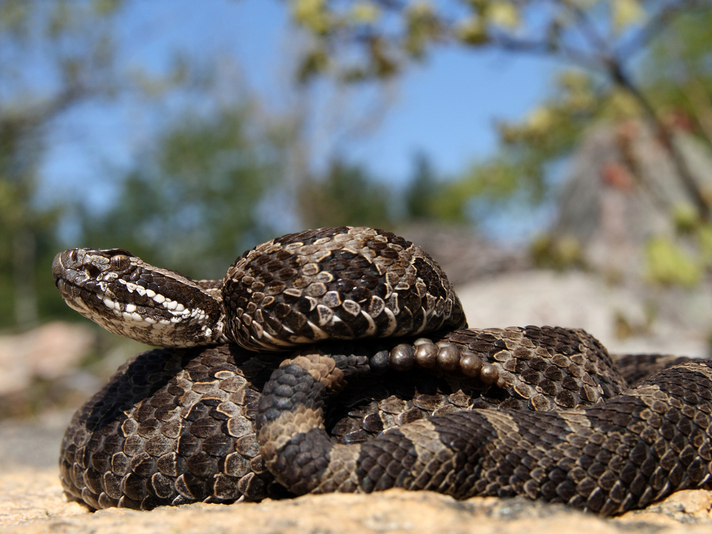 "Globally, fungal pathogens are increasingly associated with wildlife epidemics, such as white-nose syndrome in bats and chytridiomycosis in amphibians," Dr. Matt Allender, of the University of Illinois College of Veterinary Medicine said in a statement released by the university. "Snake fungal disease has been identified in a number of snake species, but very little is known about contributing factors for infection."

The researchers performed skin swabs on 44 eastern Massasauga rattlesnakes (66 total swabs) in 2015 and 61 swabs in 2016 on 52 snakes and found that the fungus altered the bacterial and fungal diversity of the snakes in the study. The infected snakes tested positive for  Ophidiomyces in locations on the snake that were distant from the open sores caused by the disease. This indicated that the entire microbiome of the snake’s skin is changed dramatically by the infection. No spores were detected on Ophidiomyces negative snakes.

Allender, head of the Wildlife Epidemiology Laboratory at the university, has been studying the effects of SFD for the last eight years and spearheaded the creation of a quantitative polymerase chain reaction (qPCR) test that enables researchers to quickly swab a snake’s skin to determine the presence of SFD.

"In a 20-year collaborative study led by INHS researchers, we have been the primary investigator of numerous studies documenting disease trends in the eastern massasauga including overall health, but none of these health parameters seemed to explain the emergence of SFD,” Allender said. “This study was undertaken in light of recent promising findings about the importance of environmental microbial communities in animal and human health."

The researchers think their findings will have an impact on other snake species and their habitats and will offer a look into how a pathogen emerges, how wellness impacts individual animals, and also how cures or therapeutic interventions can come into play to prevent diseases from spreading.

The complete research paper, "Snake fungal disease alters skin bacterial and fungal diversity in an endangered rattlesnake," can be read on the Scientific Reports Nature website.