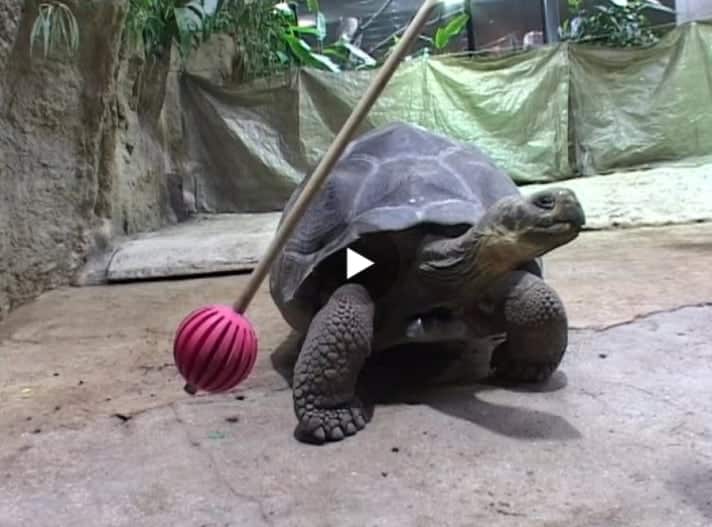 Tortoises were able to select specific colored balls nine years after they were trained to bite it.

Aldabra (Geochelone gigantea) and Galapagos (Chelonoidis sp.) tortoises are trainable in certain respects and have long memories, according to new research from Okinawa Institute of Science and Technology and the Hebrew University and Tiergarten Schönbrunn, Maxingstrasse.

Researchers Tamar Gutnick, Anton Weissenbacher and Michael Kuba initially believed that the tortoises retained good memory because of the long distances that they traveled on the Galapagos and Aldabra islands. They figured that the tortoises had to remember the paths that they traveled. So, the researchers conducted training exercises with both species of tortoises living in zoos, teaching them to bite on the same colored ball that was attached to a stick.

When they bit the correct colored ball, they received a reward, but when the wrong ball was bit, they did not.

An astract of the paper "The underestimated giants: operant conditioning, visual discrimination and long-term memory in giant tortoises," can be read on the Animal Congition/Springer website.