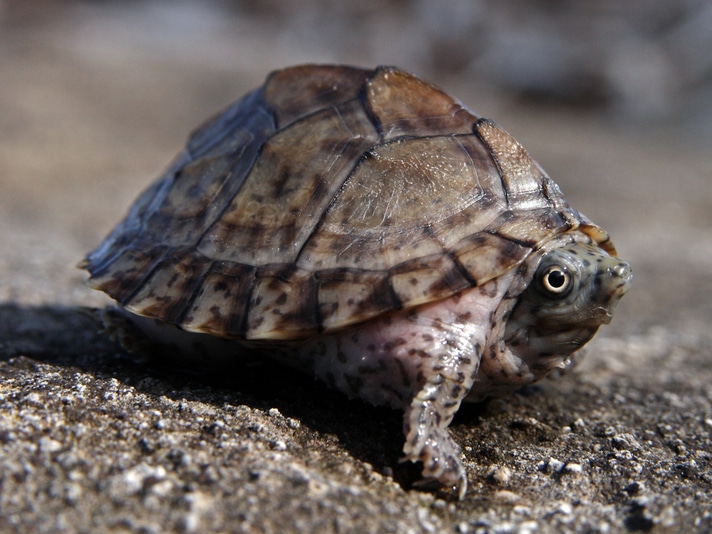 What Aquatic Turtle Can Live In A Tropical Fish Aquarium?

The razorback musk turtle can be kept in a tropical fish aquarium of an appropriate size, but be prepared to lose fish.

Question: Is there a type of turtle that can live in a tropical fish
aquarium without a land area?
Marie Wyatt, Fresno, Calif. 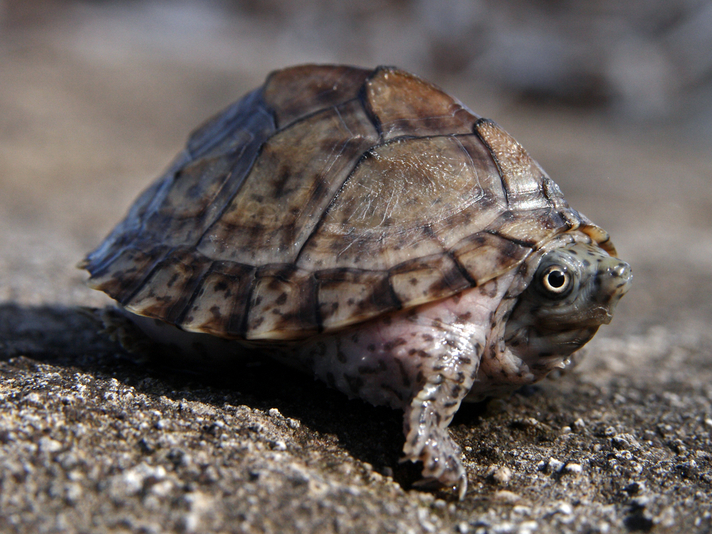 The razorback musk turtle can be kept in a tropical fish aquarium of an appropriate size, but be prepared to lose fish.

Answer: One group of North American freshwater turtles stands out in my mind as the most perfect kind to cohabitate in deep water without permanent land: musk turtles of the genus Sternotherus.

In particular, the species from rivers draining into the Gulf of Mexico, such as the loggerheads (S. minor) and razorbacks (S. carinatus) are excellent swimmers that can surface for air as needed. They normally spend their time walking about on the bottom seeking food, and only rise every five or more minutes to breathe.

Despite their impressive ability to rise for oxygen, it’s best to place a vertical or diagonal log or branch in the rear of the tank to allow these turtles an easy way to crawl to the surface while clinging to it, so they’re not always forced to swim up.

This is especially important to give them a resting place where it’s possible to simply raise their snout for gulps of air. A note of caution: Musk turtles eat fish and almost anything else they can catch.

Be prepared to lose a few fish at first, until your fish learn to avoid their new tankmate. Small fish are the most vulnerable, but as the turtle grows, don’t be too surprised to find even larger fish with pieces missing out of their fins.  Provide your fish with hiding places the turtle can’t fit into.