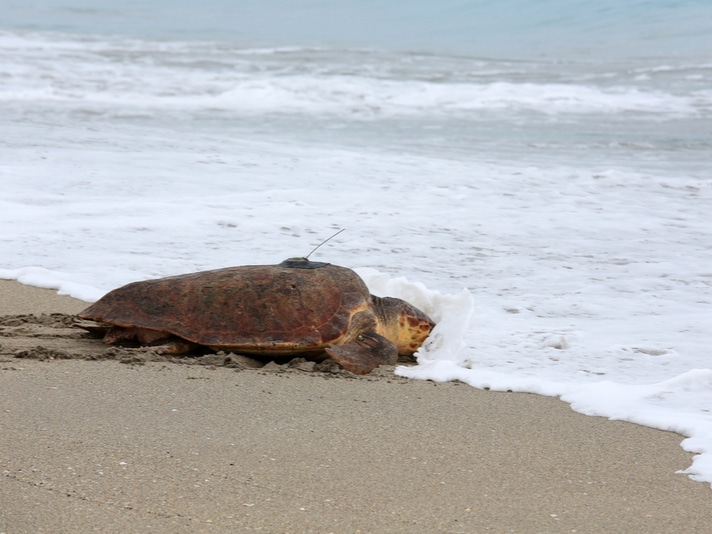 Baby Alligators Can Regrow Severed Tails, Study Says
Who's Who In Reptiles: John Mack Of Reptiles By Mack
Four Men Get Probation For Killing And Grilling Timber Rattlesnake

A male loggerhead turtle (Caretta caretta) that was rescued in May suffering from brevetoxicosis, or red tide poisoning, was released June 28 in Sanibel, FL.

The turtle was brought to the Clinic for the Rehabilitation of Wildlife (CROW) where he was treated for brevitoxicosis. He is the sixth turtle CROW has treated for the condition this year, which can affect the turtle’s nervous system and gastrointestinal tract.

"We checked for Karenia brevis, or algal counts, before we release the animals. And right now, the counts are very low. And the job that he has, which is to go out and impregnate females so that they can lay viable eggs this year, is a very important job. So yes, is there potentially some risk that he may be re-infected? There is. But he’s a very strong, healthy sea turtle. All of his bloodwork is now within normal limits," Dr. Heather Barron, a veterinarian at CROW told Fox 4. 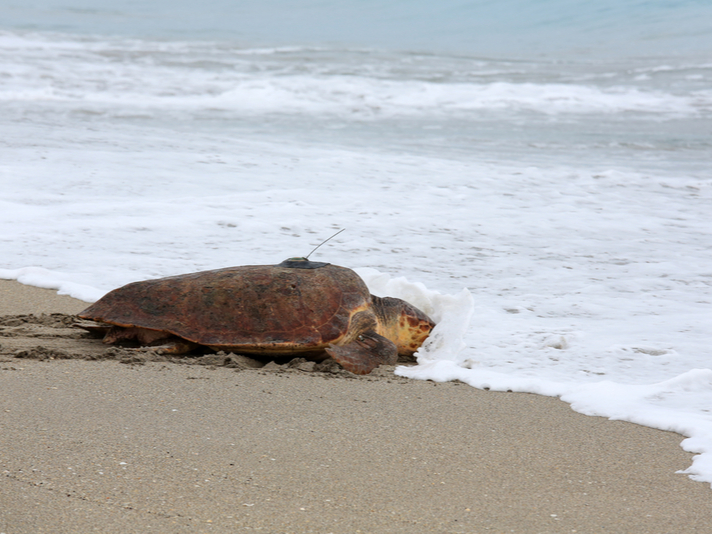 The reptile, named Walter in honor of CROW’s founder Shirley J. Walter, was fitted with a passive integrated transponder, a flipper tag and a satellite tag to track his movements, hopefully away from the red tide area that got him sick.

Karenia brevis, also known as the Florida red tide organism, blooms in certain areas of the Gulf of Mexico and are comprised of a suite of nerve toxins called brevetoxins that, according to NOAA's National Centers for Coastal Ocean Science, can negatively affect human and sea turtle nervous systems. Die offs of fish are common, and in 2005-2006, 179 loggerhead turtles died from a severe bloom, according to NOAA.

The loggerhead sea turtle can grow to about 7 feet in length and reach a weight of more than 300 pounds. The turtle's range includes the Atlantic and Pacific oceans, the Indian ocean and the Mediterranean Sea. The turtle reaches sexual maturity in as little as 17 years and has an approximate lifespan of up to 67 years. It feeds mainly on invertebrates, including sponges, shellfish, jellyfish, shrimp, squid, and sea urchins.