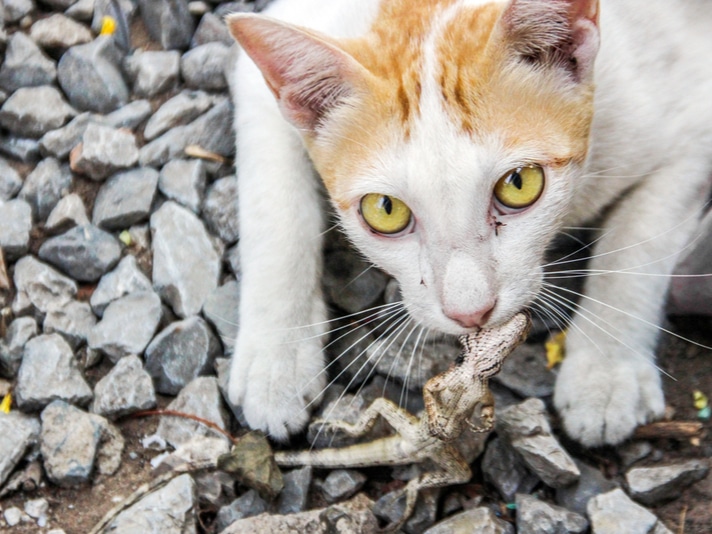 Feral cats kill about 466 million reptiles each year in Australia.

Feral cats kill hundreds of millions of reptiles each year in Australia, and have contributed to the decline of 11 threatened reptile species in the country, researchers say in a new study. 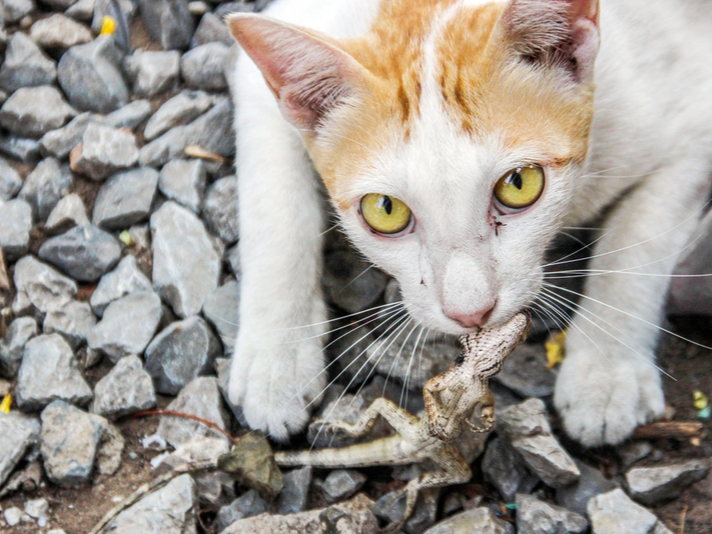 Feral cats kill about 466 million reptiles each year in Australia.

According to a study published by the Wildlife Research Journal, the cats, which are descendants of once domesticated animals that have since been living outdoors and without human interaction, kill 466 million reptiles each year from 250 different reptile species, including snakes, bearded dragons, geckos, and desert skinks.

"Some cats eat staggering numbers of reptiles. We found many examples of single cats bingeing on lizards, with a record of 40 individual lizards in a single cat stomach."

The researchers compiled data from more than 80 Australian studies of feral cat diets comprising 10,000 samples, estimated the feral cat population in the country, and modeled and mapped the estimated number of reptiles killed by felines.

The researchers noted that because population sizes of most reptile species in the country is not known, the impact of reptile predation by the feral cats will remain a challenge to determine.

Actions are being taken to reduce the negative impact these animals have on native wildlife.

A 44 kilometer (27 mile) electrified fence encompassing 9,400 hectares (23,200 acres) has been installed in a desert in Australia to create a feral cat-free zone in an attempt to allow native animals that have been decimated by the cats to be reintroduced to the area, according to Phys.org. The Australian Wildlife Conservancy hopes to extend that protected area to 100,000 hectares.

An abstract of the study, “How many reptiles are killed by cats in Australia?” can be read on the Wildlife Research Journal.