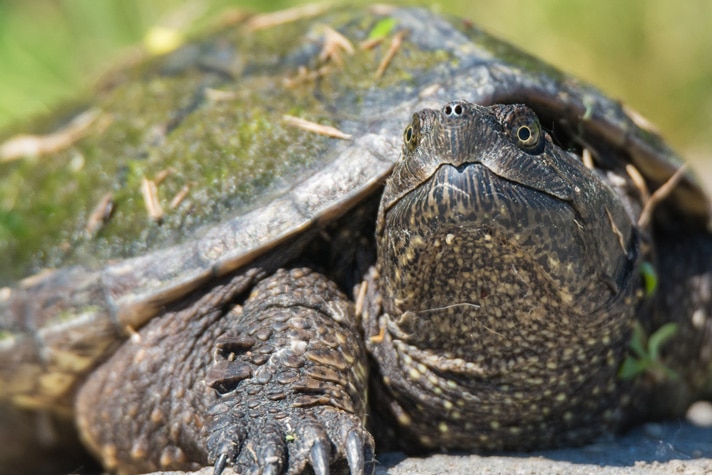 It’s not advisable to keep these two turtle species together.

I have a common snapping turtle (Chelydra serpentina) and a painted turtle (Chrysemys picta ssp.) that I’ve raised together in the same aquarium for the past two years, pretty much since the time they hatched about one month apart. They have gotten along without issue, though in the last three months the snapper has doubled in size.

I recently moved and have set up a new 80-gallon tank for them that I’ve customized to be terrestrial and aquatic. I’ve been reading more on both species, and understand they don’t get along. However, everything I’ve read was in regard to introducing a new turtle to an enclosure containing an established one. As these two have been together since they were hatchlings, could there still be an issue with them getting along?

I have enough space that I can set up an additional tank if needed, but would prefer not to, unless they absolutely cannot live together. What is your opinion on continuing to raise these two turtles together?
Andy Nielson 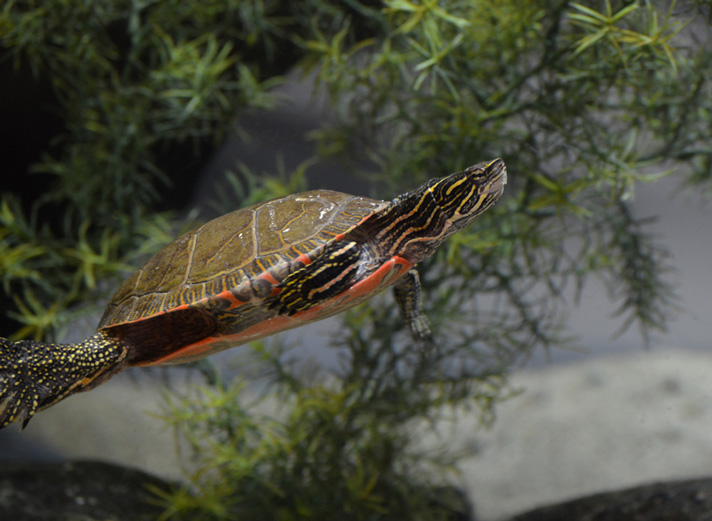 It’s not advisable to keep your two turtles together, Andy, especially as they age toward sexual maturity. Chances are that someday one — probably the snapper — will attempt to show dominance over the other when that time comes. For common snappers, this could be at around 6 years of age or when it reaches an 8-inch carapace length. If your turtles are still housed together at that point, I would be worried about your painted turtle remaining intact.

They may get along now — and who knows, maybe they always would, even into old age — but why take the risk? It’s going to become increasingly risky as your turtles get older and larger, and you wouldn’t want to someday find your painted turtle missing a leg — or worse — would you? I recommend setting up that other tank.