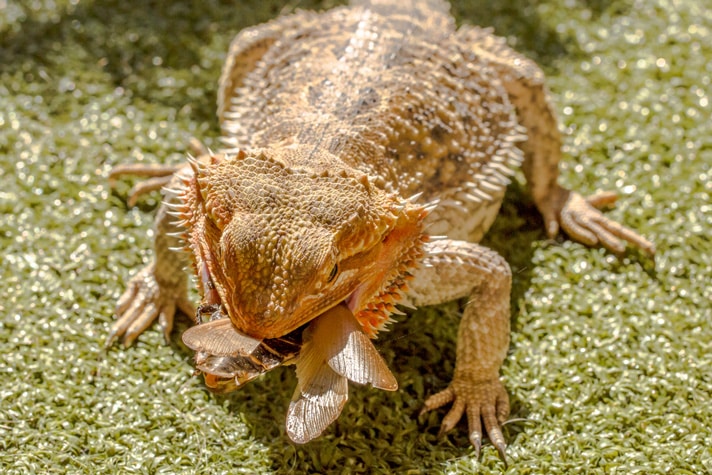 Bearded dragons will eat a variety of things, including other lizards.

Herp Queries: How Powerful Is The Snapping Turtle Bite?
Are My Twin-Striped Plated Lizard Eggs Fertile?
What Is The Other Blue Dart Frog?

We All Make Mistakes. 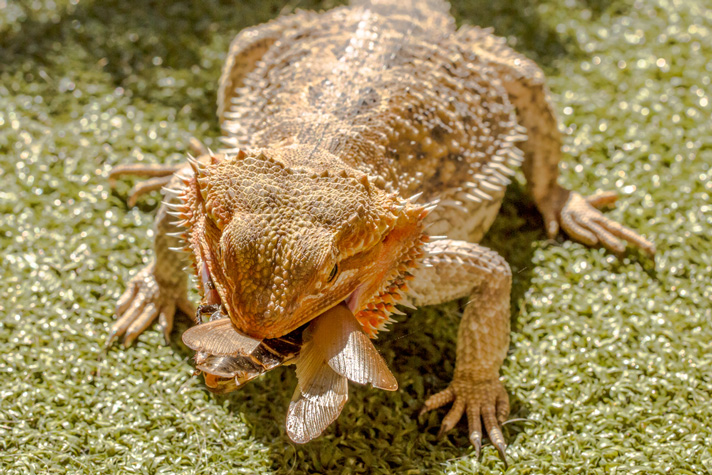 Bearded dragons will eat a variety of things, including other lizards.

Don’t be ashamed of your mistakes, Randy, we’ve all been there. I wrote of mine often in my blog, “Random Neural Firings of a REPTILES Editor.”

I’ll relate one here to help you feel better about inadvertently feeding the horned lizard to your bearded dragon.

I once set up an awesome planted vivarium in a 60-gallon aquarium, primarily to house various amphibian species. Two of my favorite pets were a pair of Mandarin newts, and I thought they’d really thrive in the new setup. However, like a twit, I neglected to provide an easy way for them to exit a pool of water I had created in the deep substrate. So I came home from work one evening to find them both dead in the water. They drowned because they couldn’t climb out.  I felt horrible that my prized newts—both of them!—paid for my stupidity with their lives.

So we all make mistakes. That said, I recommend you not catch horned lizards and take them home. Doing so may be illegal in your area, but beyond that, horned lizards, although one of the most awesome reptiles in the U.S., are best left in the wild. I know it’s tempting to keep them because they’re so interesting—I,myself, have had to resist such temptation a number of times—but because it’s hard to provide them the right type of diet (ants), wild-caught horned lizards nearly always die in captivity—and that’s without being eaten by a hungry bearded dragon.