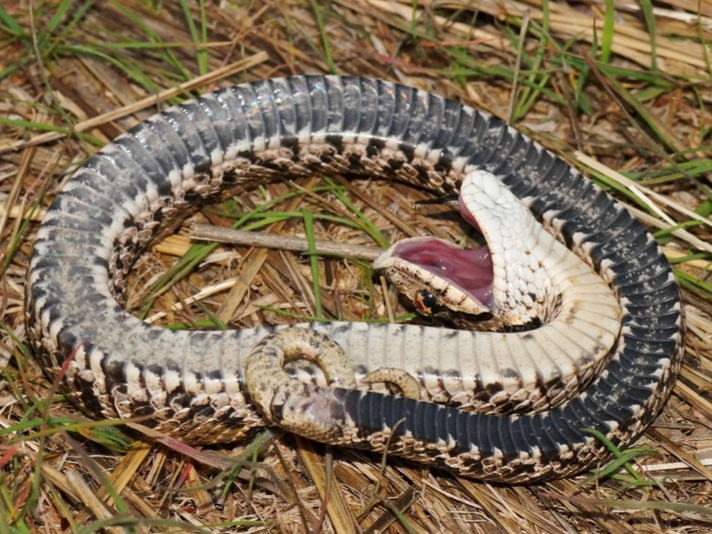 North American hognose snakes go all out to sell their death act by opening their mouths and rolling their tongues in the dirt.

Question: My eastern hognose snake (Heterodon platyrhinos) played dead when I first caught it, but hasn’t done so for over a year. Is it normal for them to not play dead in captivity? Are hoggies the only kinds of snakes that do that? 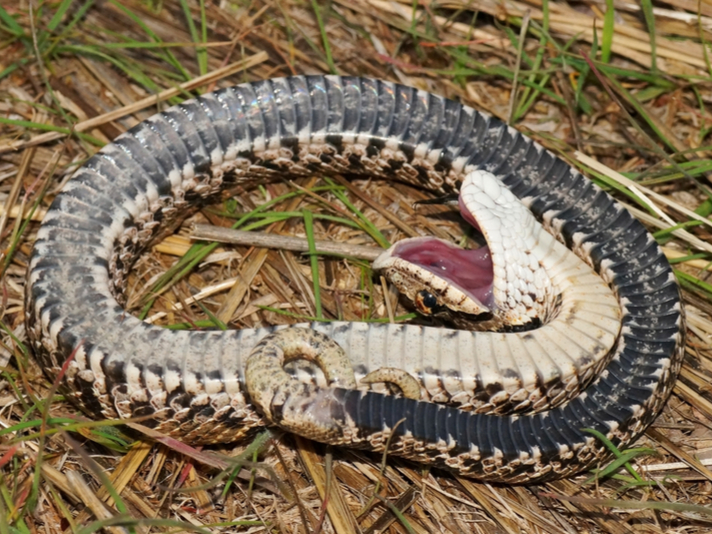 North American hognose snakes go all out to sell their death act by opening their mouths and rolling their tongues in the dirt.

Answer: From your description, I’d say your hognose snake is acting normally. Death feigning is a defensive behavior. If your snake no longer feels threatened and is eating well voluntarily, it means the snake feels secure and doesn’t need to resort to that behavior any longer. That’s a good thing­—it means you’re taking care of your pet properly.

The Natural History and Captive Care of the Eastern Hognose Snake

Besides the North American hognose snakes of the genus Heterodon, a few other species worldwide also play dead to fool predators into believing they’re not a tasty morsel and should be left alone.  Probably the type best known for doing that is the dangerously venomous Rinkhals cobra (Hemachatus haemachatus) of southern Africa.