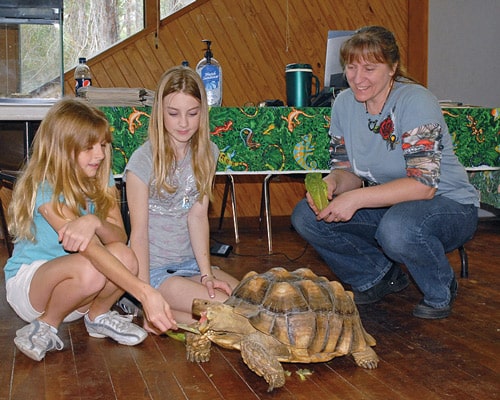 What are your thoughts on the trend of discouraging live reptiles being displayed in public?

Herp Queries: Use Good Judgment With Children And Reptiles
Cruising Roads And Looking For Reptiles
Herp Queries: Do Snakes Get Dirty? 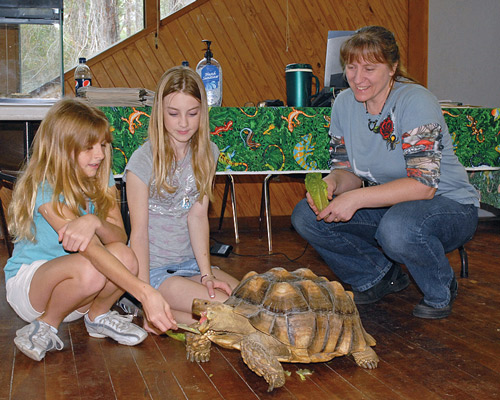 Q. Everyone is so concerned today about germs, bites and scratches, that the school where I teach no longer allows live animals in the classroom. What are your thoughts on the trend of discouraging live reptiles being displayed in public? What safety measures have you seen guest speakers practice when live reptiles are brought in for the kids?
Fran Lichter
Mesa, Ariz.

A. I’ve noticed the same growing trend and fear it’ll have ramifications decades down the road. Young people are being alienated from nature and wildlife. As if there aren’t enough real concerns in life, a segment of the mass media and government find it useful to maintain their flow of money and power by keeping everyone as scared as possible and dependent upon them for “protection.”

This tendency is bad news for herps and all wildlife. What are kids supposed to think when a visiting speaker shows only pictures and apologizes for leaving the live specimens home due to the potential “danger” of one biting or scratching someone? It sends them a message: “Animals are hazardous and should only be dealt with by experts. Don’t go in the woods or you might encounter a wild animal and get hurt. Who needs to have places like that around, with dangerous wild creatures lurking in them?”

The wildlife shows today are mixed blessings. While highlighting the wonders and diversity of the natural world, the “animal jockeys” also try hard to amp up viewers’ adrenaline by constantly uttering phrases like “deadly,” “extremely risky” and “death-defying” in out-of-breath exclamations.

Pseudo-conservation followers love this whole approach, because it fuels their agenda to break direct contact with wildlife. This fits right in with their goal of eliminating all herps, and other animals for that matter, as pets. Why do you think the Humane Society of the United States (HSUS), the most anti-herp organization out there, runs commercials during those shows?

OK, I’ll try to not let myself be too distracted by the annoying politics behind the issue and answer with real ideas that lecturers can practice to help reverse the trend if they bring a live herp into schools, etc.

1. Get insurance. Not only do you want to be covered, but the organization inviting you to speak will probably require it.

2. Keep things in perspective by clearly explaining that wild herps should not be confused with pets, just like strange dogs and cats shouldn’t be assumed to be good-natured like your own pets. You can also bring in a few common items that can carry germs — a doorknob, a dollar bill, a deli cup labeled as “chicken salad” — and explain that a live turtle is just as “dangerous,” or not, and why.

3. Warn in advance that you will have live herps out, so that those with extreme fear can move to the back.

4. Hold onto, or at least closely monitor, all live animals at all times if they are not in cages.

5. Gently restrain the animal’s head end in one of your hands while offering the tail end for touching.

6. Bring a sanitizing lotion and urge all handlers to wash their hands after touching any wildlife.

I’m an advocate of teaching by graphic example. I sometimes resort to a shocking little moment of “excitement” — a stunt some might say — by including at least one cooperatively “nasty” herp in my entourage of demo specimens. I allow it to draw blood via a nip or scratch and casually brush it off as nothing of concern. By showing that a tiny gash is negligible and nothing to be alarmed about, a harmless live-action lesson like that is remembered more viscerally than any verbal message could ever convey.

You might also read the book Last Child in the Woods: Saving Our Children From Nature-Deficit Disorder (2008) by Richard Louv for a detailed analysis of what the current fear-mongering trend is doing to the youth of the U.S.