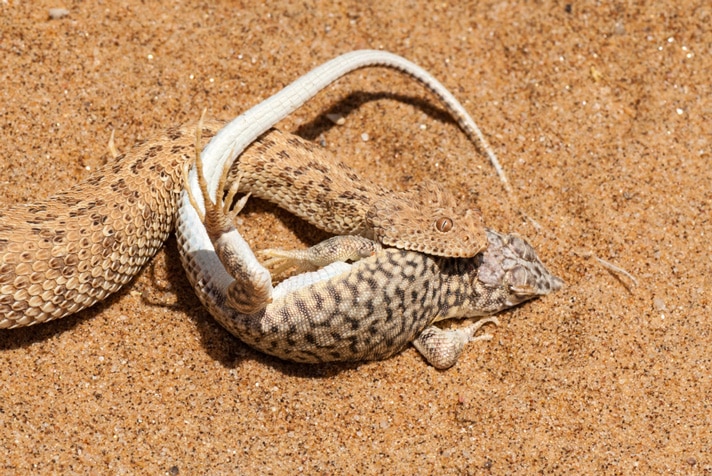 Are Snakes Venomous Or Poisonous?

Venomous reptiles inject or chew to deliver venom, while poisonous frogs have to be touched or eaten to deliver their toxins.

Question: What’s the difference between a herp that is venomous compared to one that is poisonous?
Melissa Shireffs 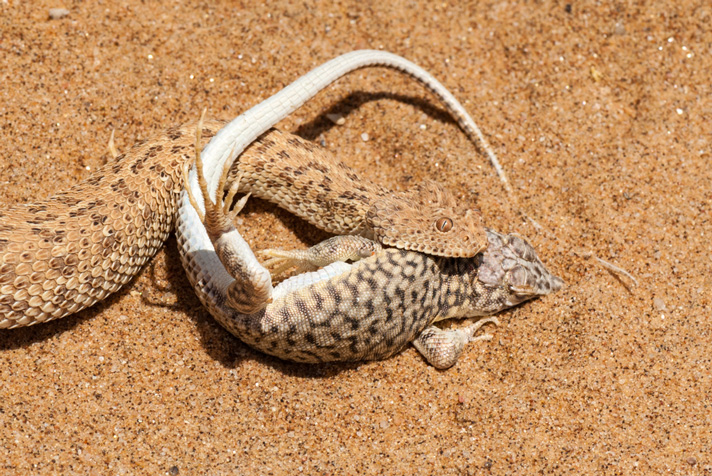 A sidewinder injects venom into its prey to subdue it.

Answer: Very good question as those who are uninformed tend to mix the two up. There are no poisonous snakes. A reptile that is venomous, such as a venomous snake, injects venom into other animals using its fangs, or grinding teeth, in the case of a Gila monster. (Venomous insects use stingers.) A poisonous herp, such as poison frogs, have to be eaten or touched in order to deliver their toxins.

One major difference between venom and poison is that venomous animals choose to deliver their toxic secretions to animals that threaten them or are prey items. The venom then impairs the target animal. Poisonous animals use a passive means of transferring poison to another animal, such as when a dog picks up a toad.