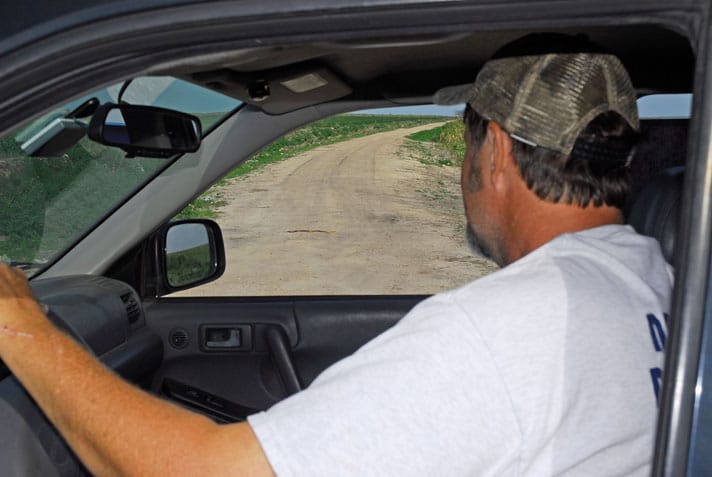 Look for snakes, but always remember to keep an eye out for other traffic, too!

Question: When driving and looking for snakes, is it better to watch the middle of the road or the edges? Do snakes sometimes wait on the edge until the coast is clear?
Vin Williams, Las Vegas, Nev. 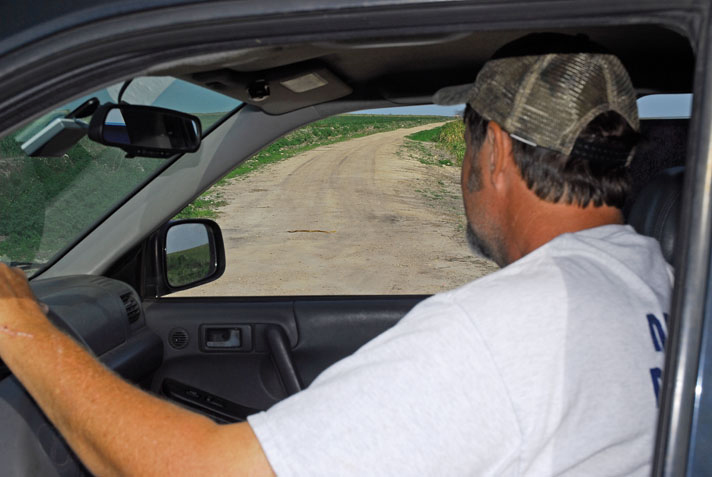 The large Everglades rat snake crossing the dirt road in broad daylight could easily have been missed if the driver wasn’t checking the side roads.

Answer: Watch the entire road. It’s obviously easier to see the right-hand side because you’re closer to it when driving, so I often drive close to the centerline so my headlights illuminate the other lane as best as possible. I have friends who will drive straight down the middle of a two-lane road on quiet nights when there’s no traffic in either direction, but I’ll stop short of recommending that anyone do likewise.

Some snakes are hesitant to cross roads and show that hesitancy by pausing in their wanderings when they reach a big, open space. It’s as if they were moving comfortably through grass or rocks that afforded them some cover, and then suddenly sense they’re entering a danger zone where enemies can see them more easily. Or maybe they feel the featureless expanse is less likely to harbor food or shelter. The smell of pavement, oil, gas, etc., may also be a turn-off and leave them wondering if it’s the best route to take (as much as a snake may be able to wonder, that is). I keep an extra sharp eye peeled on the road edge for those nervous ones.

Most snakes on the move, though, are on a mission and heading in one direction for a reason. The potential deterrents mentioned would probably slow them down only momentarily.

Another idea when road-cruising is to watch for herps crossing the side roads you are passing. This works best during the day, but it wouldn’t hurt to shine a spotlight down both sides of any intersections you cross in the night. Just always be careful that you don’t obstruct fast-moving traffic that might be approaching you from behind if you slow to look both ways. Look for snakes, but always remember to keep an eye out for other traffic, too!