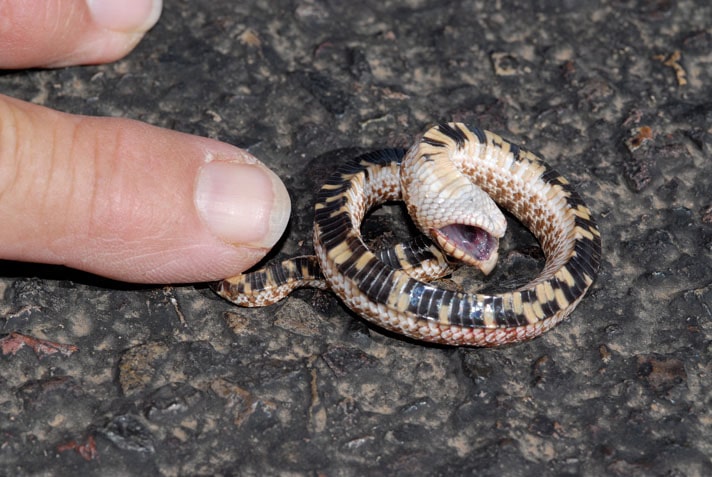 Why Do Hognose Snakes Play Dead?

If predators are able to smell or detect the presence of toad toxins coming off the snakes in some way, that might contribute to a successful deterrent. 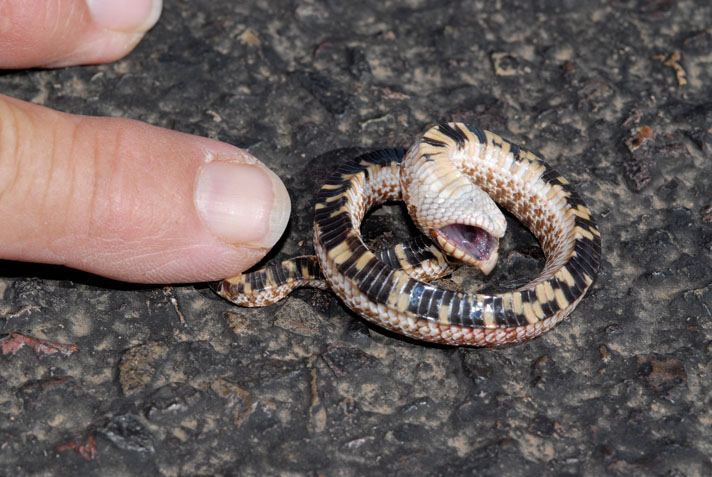 Answer: This question has arisen in my mind, too, because many predators eat carrion, so why wouldn’t they eat some freshly dead food that doesn’t even stink yet? I did some research but wasn’t able to find anything that solidly explains why this is, so I’m left thinking of two possibilities, both of them theoretical.

The Natural History And Captive Care Of The Eastern Hognose Snake

The first depends on whether the predators most likely to prey upon hognose snakes are “smart” enough to recognize the death-feigning act (and here I mean of the North American species of the genus Heterodon: H. platirhinos, H. simus and H. nasicus).

If predators equate the death throes these hognose snakes exhibit as indications of disease or poisoning, they may think there’s something very wrong and possibly dangerous in consuming a snake that’s doing that. 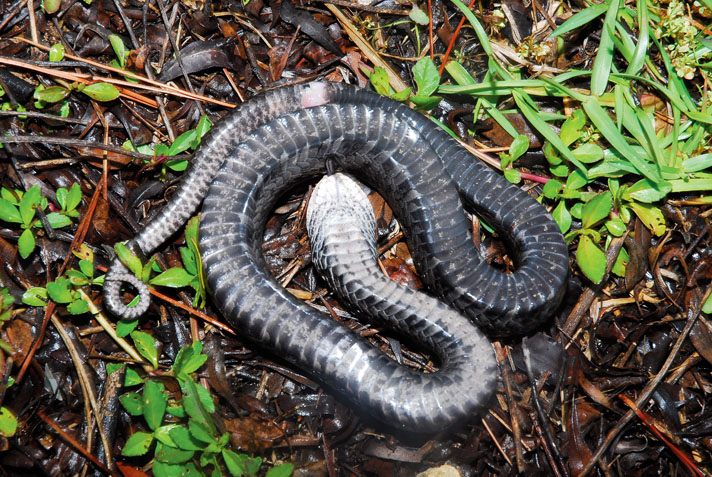 Are conditions such as poisoning and/or disease (two examples that might cause death throes) common enough in the wild that resulting contortions might be recognizable as such, and have animals learned to avoid others exhibiting such behavior? I don’t know.

My second suggestion is based on North American hognose snakes being notorious toad eaters. Maybe they have a way to store something of a chemical nature from their meals, which they can exude while they’re rolling around in “agony.” If predators are able to smell or detect the presence of toad toxins coming off the snakes in some way, that might contribute to a successful deterrent.

The South American tricolor hognose snake (Xenodon pulcher) does not feign death, but seems to rely instead on its brilliant warning colors to ward off predators. It does, however, spread a small hood, and also moves spastically as part of its defense, especially juveniles.

One friend reported that a related South American species, X. dorbignyi, does contort and show its underside when disturbed.