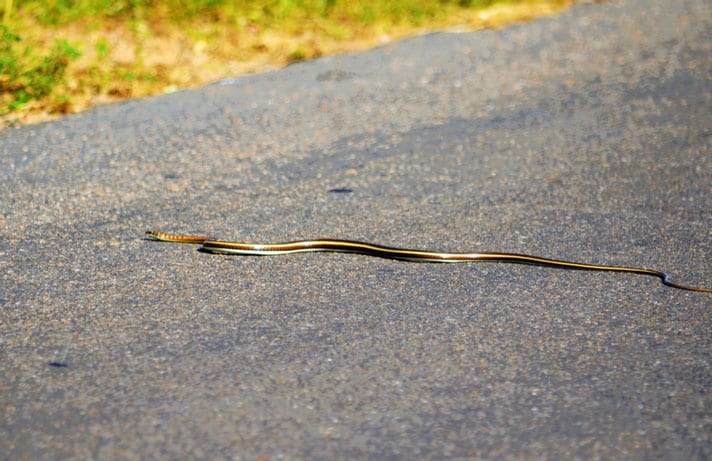 Road Cruising For Herps And Impact Of Weather

Road herping is a favorite way for many to see a lot of reptiles.

Question: What are the best temperatures and driving conditions to find herps on roads?
Sean Cummings, Waco, Texas 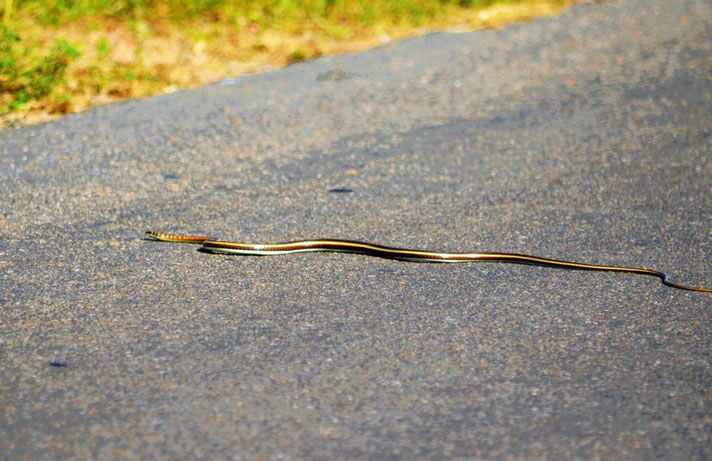 Answer: Generally, temperatures from the extreme upper 60s to the upper 80s Fahrenheit have resulted in my best success when road-cruising for herps. Different species have different preferences, of course, and amphibians are most active at the lower end of that range, and even much lower.

Reptiles as a rule wait until air temperatures dip below 90 degrees to begin moving. Bear in mind that road surfaces are usually warmer hours after dark, which is a small deterrent to herps right after the sun goes down after an extremely hot day, but attractive to them if the night air temps drop quickly.

Another condition favoring herp movement on paved roads is high humidity, especially in arid regions where sparse rains tends to spur activity. Many reptiles tend to shun crawling around during actual rainfall but are stimulated to seek shelter before a downpour as the barometric pressure triggers them to move. Hours, and even days, after a pounding rain is usually a good time to see them on the move, too. Amphibians have no such aversion to rain, of course, and may be abundant during its peak.

As I leaped into my answer, I realized that I assumed it’s understood that seeking herps during broad daylight is likely to result in only the diurnal species like racers and whip snakes showing up with any regularity. Most of the more coveted types get active close to dusk and into the early hours of night.  I advise — again as a general rule — to be on the road an hour before sunset and for the next several hours. When snakes wake up and go foraging for food, it’s usually concentrated during that period.

I hope it goes without saying that road-cruising on light-traffic roads is best. For better visibility, plan to start your drives so you’re not heading into the setting sun, if possible. Pay particular attention to road edges, as shy animals often pause there with only their heads protruding as they assess the wide-open space in front of them while deciding if it’s safe to cross. Later in the night, when traffic is practically nonexistent and the road is straight, allowing extended visibility, I sometimes drive down the centerline so my headlights span the pavement more evenly. But only do this with extreme caution!

It’s uber important to know that other drivers do not expect you to be traveling at slow speeds and may misjudge your rate of travel when approaching from behind. I tap my brake lights a few times if I notice a vehicle coming up from behind quickly. Better yet, I pull off the road and let them pass long before they’re on my tail. Probably the most vital thing to remember is when stopping for an animal, pull your car completely off the travel lane(s). I’ve seen more friends get tickets for failing to do that than any other traffic offenses.

Also, be sure to check local laws regarding herp hunting, especially in unfamiliar turf or out-of-state.

Bill Love photographs herps in nature, writes and lectures. He assists his wife, Kathy, with her business, CornUtopia, and via his company, Blue Chameleon Ventures, lectures to herp groups and photographs private collections.