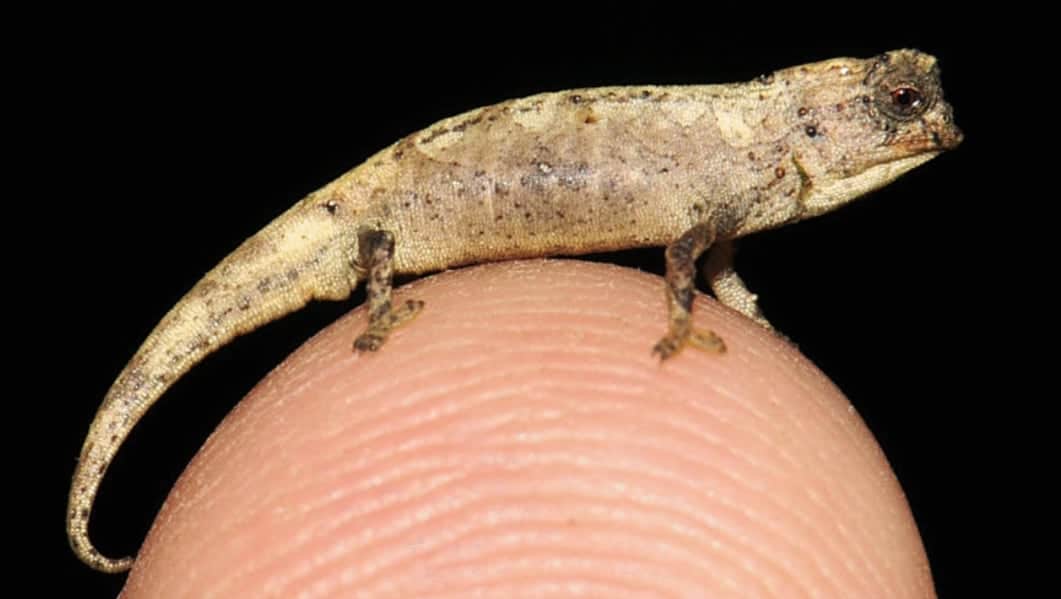 Researchers in Madagascar have discovered and described a new species of Brookesia chameleon that is smaller than the previous known smallest species,

Researchers in Madagascar have discovered and described a new species of Brookesia chameleon that is smaller than the previous known smallest species, Brookesia micra. The tiny chameleon, Brookesia nana was found near a campsite in the Sorata massif forest area on Madagascar, which was designated a protected area in 2015.

It has a pale brown dorsal coloration that is slightly darker in life. Its tail is also very short and most closely resembles that of Brookesia micra, which was first collected in Madagascar between 2000 and 2008 and was described in 2012.

The species was described from just two specimens that were found in a single location, part of the new protected area ‘Resérve de Ressources Naturelles du Corridor Marojejy-Anjanaharibe Sud-Tsaratanàna partie Nord,’ which is known as the COMATSA Nord. The researchers, because so little is known about the distribution of the species, believe Brookesia nana is qualified to be listed as critically endangered under the Red List Criteria of the IUCN.

“We recommend that the extinction risk of this species be assessed officially for the IUCN Red List of Threatened Species as soon as possible,” the researchers wrote in their paper. “This finding confirms the results of a previous study that Malagasy chameleons have a higher proportion of threatened species compared to other species-rich reptile groups (geckos, skinks, and gerrhosaurids).”

Researchers credited with the discovery and description include Frank Glaw, Jörn Köhler, Oliver Hawlitschek, Fanomezana M. Ratsoavina, Andolalao Rakotoarison, Mark D. Scherz and Miguel Vences. The complete paper, “Extreme miniaturization of a new amniote vertebrate and insights into the evolution of genital size in chameleons” can be read on the Scientific Reports website.