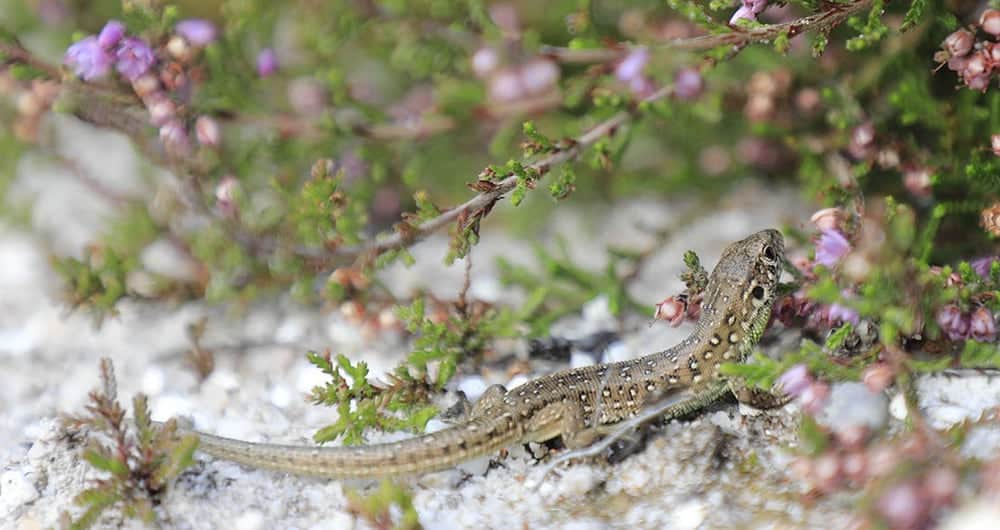 140 Sand Lizards Released Into The Wild In The UK

The wild sand lizard population in England got a boost when the Marwell Zoo and Forestry England, in conjunction with the Amphibian and Reptile Conservation (ARC), which led the project, released 140 captive bred (Lacerta agilis) into Forestry England land in Dorset, a county in southwest England. The release of the 140 juveniles follows the release last year of 200 lizards in the same location.

“We are delighted to be able to release an encouragingly high number of sand lizards again this year. Conservation projects like this rely on the hard work and support of multiple agencies. We are extremely grateful to Forestry England for supporting the releases and their ongoing management of key habitats, and to Marwell Zoo our breeding partners for their captive breeding expertise and ongoing support of this project,” Nick Moulton, Reptile Conservation Officer for ARC, said in a Forestry England news release.

“The amazing work taking place to restore and care for heathlands is playing a vital role in re-establishing the UK’s population of these incredible reptiles. It is still early days, but data from our introductions in Dorset over recent years is showing promising signs of ongoing breeding and the establishment of populations across a growing area. Today’s release of the next group of young sand lizards is another important milestone in continuing this recovery of a critical species.”

Thought by some to have gone extinct 65 plus years ago, the sand lizard has been the beneficiary of captive breeding programs that have for the last several years released them into their native habitats in an effort to help them multiply and thrive. The species, listed as threatened in the UK and protected under UK law, has declined due in part to habitat loss, agricultural expansion and building developments. It is estimated that more than 70 percent of the sand lizard population in the UK can be found in Dorset.

“Our conservation breeding population of sand lizards has had another exceptional year. This is Marwell’s thirty third year of involvement with the sand lizard reintroduction project and prior to this we have contributed over 2,200 lizards to releases in the south of England” Rachel Gardner, Ecologist at Marwell Wildlife, said in a news release. “Marwell Wildlife is committed to the restoration of species and habitats, and we are thrilled to be able to continue supporting this vital conservation work. More widely we have seen favourable trends for native wildlife populations in 2021 across the protected areas we have restored and manage. It is wonderful that this is reflected in our contribution of sand lizard hatchlings to the release in Dorset this year.”

The sand lizard is a small lizard that is found throughout much of Europe, Eastern Europe and into the Lake Baikal area of Russia. It is considered endangered in The UK. Males grow to about 19.3 cm in length while females grow to about 18.5 cm in length. The reptile’s habitat includes dry outcrops and fields, as well as hilly areas, beaches sand dunes and rock gardens.