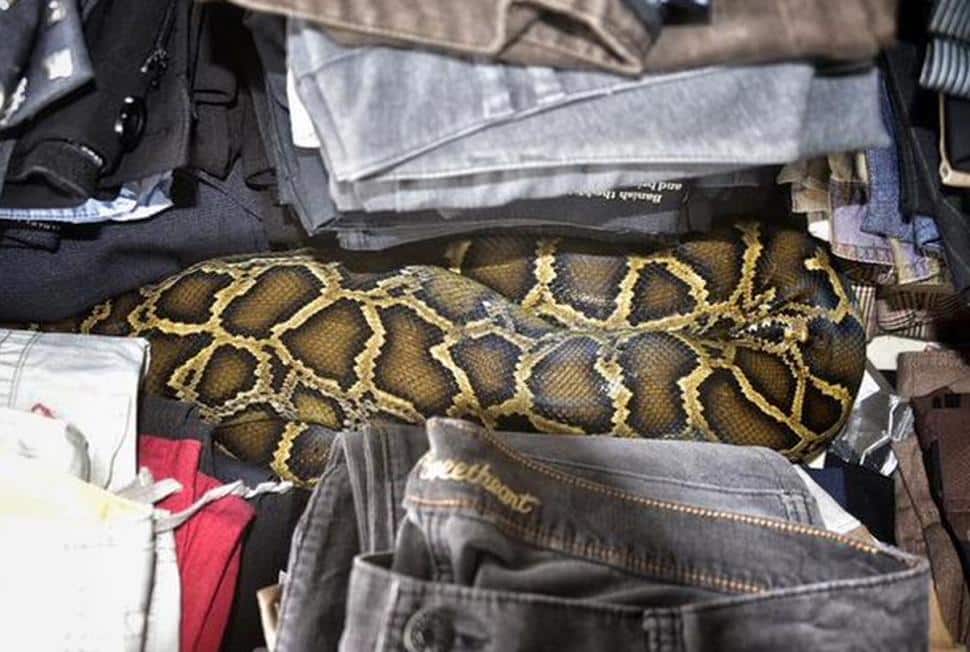 A Burmese python was found amongst some clothing at a flea market in Florida.

Urban Legend? Is There Any Evidence Of A Green Anaconda Swimming In New Jersey’s Lake Hopatcong?
Snake Fungal Disease Confirmed in Wild Snakes of Europe
Restoration Of Yellow-Legged Frog In Yosemite Could Take 10 Years

A woman searching through a pile of clothes at a flea market in Homestead, Fla. was surprised when she happened upon a Burmese python (Python molurus bivittatus) that was sleeping amongst the blouses and jeans on the table at the flea market. The Miami-Dade Fire Rescue Department was called onto the scene and removed the snake without any injuries to any customers or the snake. The snake measured at around 8 feet and weighed about 40 pounds. It apparently was digesting its meal when the unnamed woman happened upon the snake amidst all those cheap clothing deals. 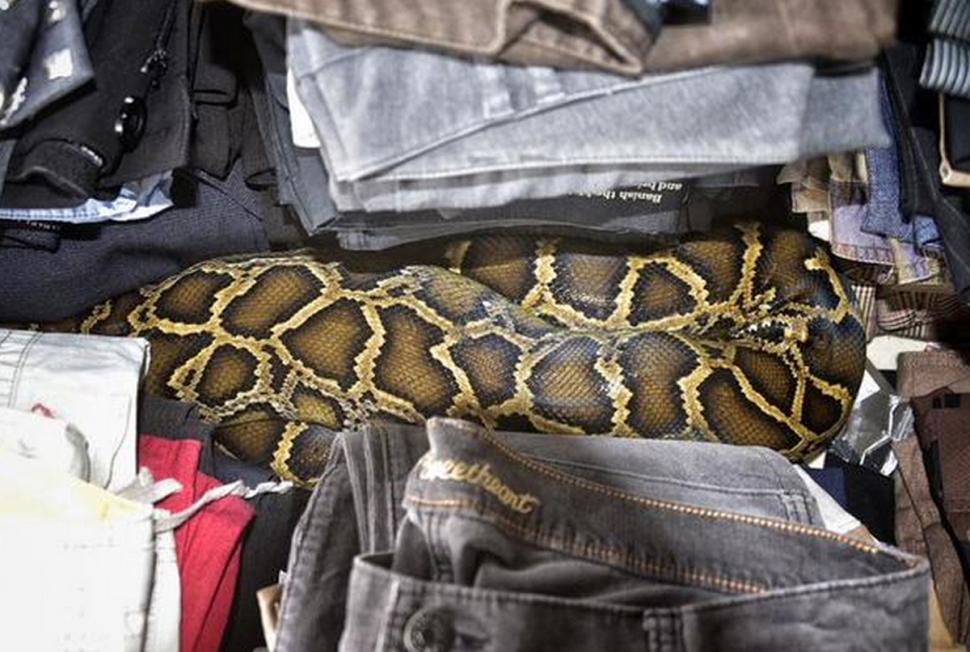 What may have been a bargain for herpers was not for a woman who happened upon this Burmese python in some clothing at a flea market.

“It’s a good thing she didn’t grab it,” Miami-Dade Fire-Rescue Lt. Scott Mullen told the Orlando Sentinal. “It was looking for a cozy place to digest its meal,” Mullen said.

The snake was turned over to the Florida Fish and Wildlife Conservation Commission, where it will most likely be euthanized.